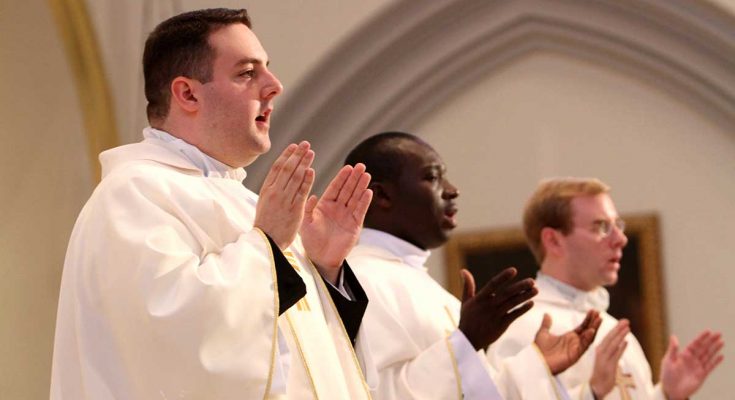 My Lord, reverend Sisters take the vow of chastity, while Rev. Fathers (priests) take the vow of celibacy.  My question is: can a priest be celibate but not chaste? How different are the two vows taken by the ministers of the church?

Let us define the terms “chastity” and “celibacy”.  The word “chastity” comes from the Latin caelebs which means “single” or “alone”.  Simply put, celibacy is a promise not to marry.  From a biblical perspective, the New Testament foundations for celibacy as a Christian way of life include the example of Jesus, Matt 19:10-12, and 1 Cor 7:7-9, 25-38.  In the passage from Matthew, Jesus says that some “have renounced marriage for the sake of the kingdom of heaven”.  Some biblical scholars dispute whether the Matthean text refers to celibacy as such. The Pauline text makes it clear that Paul was expressing his own teaching and not that of Jesus and also that Paul was expressing his opinion in the context of an eschatological perspective that the end was near at hand.

In the West, the practice of celibacy was prescribed by several councils of the fourth century (Elvira, ca. 300; Rome, 386; Carthage, 390). In the 5th and 6th centuries, candidates for sacred orders promised perpetual chastity (Orange, 441; Arles, 524). In the Carolingian period, regional synods again decreed that celibacy was a requisite for holy orders.  The Council of Trent in its 24th session pronounced in favour of it. The Second Vatican Council in its decree on the priesthood (Presbyterorum ordinis, 1965) encouraged continuing the practice of clerical celibacy (par. 16). In the encyclical letter Sacerdotalis caelibatus (1967), Paul VI reaffirmed the practice. The revised code of canon law (1983) continues to require celibacy of the clergy (canons 277, 1037).

In the Latin rite, candidates for the priesthood, when they become deacons, make a promise of celibacy along with other promises, such as the promise to hold true to the mystery of faith, to maintain and deepen the spirit of prayer, and to conform their lives to the example of Christ.  All of these promises are for the sake of the kingdom and for the service of the people of God. The promise of celibacy, of not marrying, is seen by the church as not only a gift of the person to God, but even more so, a special grace given to the priest that will allow him to faithfully serve the people.

The promise of celibacy is one that a person freely resolves to follow.  Some people argue that it is mandatory, but that word is not used by the church and conveys a certain negative attitude towards the gift of celibacy. It is true that celibacy, along with all the other promises a priest makes, are obligatory – meaning that they are part of what it means to be a priest in the Latin rite.

What always must be remembered, however, is that no one is forced into becoming a priest; it is a decision that is — and must — be made freely and without any coercion. It is also a decision that can only be made after years of discernment and study, and part of that study and discernment includes understanding what a life of celibacy entails. After such discernment, the promises of celibacy, prayer, imitation of Christ, and obedience are freely made at ordination.

We now go on to look at Chastity.  Chastity, from the Latin word castitas, meaning “purity, is a virtue that everyone is called to live by; it is the state of being chaste, a state of being pure from any unlawful sexual relationships. In other words, chastity is the virtue of living out your sexual life in the proper way, which is, if you are married, to be sexually intimate only with your spouse and, if you are unmarried, to refrain from sexual intimacy with anyone, for the proper place for sexual relationships is within a marriage.

The notion of chastity is found in the New Testament where it is closely linked to that of purity and sincerity.  The word “chastity” is used in a sexual and moral context in 2 Cor 11:2; Titus 2:5; 1 Pet 3:2. Teaching about the sacredness of marriage, Christ underlines the value of chastity within the married state, forbidding divorce (Matt 19:4).  According to Paul, the Christian is held bound by the demands of sexual purity: “This is the will of God, your holiness: that you refrain from immorality, that each of you know how to acquire a wife for himself in holiness and honour, not in lustful passion as do the Gentiles who do not know God” (1 Thess 4:3).  Sexual purity is the model for the relationship between husbands and wives, analogous to the relationship of Christ to the Church (Eph 5:25).

Paul, in a non-Jewish milieu, is quite specific about the right use of human sexuality. He strongly forbids all forms of evil, such as idolatry, adultery, pederasty, sodomy, thievery, usury, drunkenness, slander, and swindle (1 Cor 6:9) and exhorts his listeners often concerning prostitution (1 Cor 6:13ff.; 10:8; 2 Cor 12:21; Col 3:5). He warns the Corinthians, a people known for their licentiousness, to go beyond what they consider legal to respect their bodies as temples of the Holy Spirit.  Paul says that one cannot be joined to Christ and be joined to a prostitute (1 Cor 5:13ff.). In advising the married, Paul concedes that if one cannot abstain from sexual relations altogether, it is better to be faithful to one’s spouse rather than be immoral (1 Cor 7:1-7).  He counsels the unmarried and widows to remain single, but if they cannot remain chaste, it would be better to marry than to burn with desire.

It is clear from the foregoing that chastity is a virtue that should be lived out by everyone, according to their state of life. The person who chooses celibacy promises to remain unmarried for the rest of his life. In this case, to practise the virtue of chastity means he will refrain from all sexual relationships.

Everyone is called to chastity, as defined by their state of life. Men and women who enter the religious life do make a vow of chastity. The vow of chastity is one of the three evangelical counsels that a person entering the religious life vows to follow. The three counsels are obedience, chastity and poverty.  Each religious community will have different ways of expressing these, but they are the common denominator of religious life.  The vow of chastity that a religious professes is to live in a state of integrity regarding sexuality, which, in this case, means to forgo sexual relationships.  In practice, it looks just the same as celibacy, but is not called celibacy because of the difference between a vow and a promise.

The Difference Between A Vow And A Promise

Priests who belong to a religious order (e.g., Dominicans, Benedictines, Franciscans, etc.) take the vows of poverty, chastity and obedience. Diocesan priests make two promises – celibacy and obedience; these promises are part of the ordination ceremony.  It is also expected that diocesan priests will lead a life of simplicity consonant with the people they serve.

People often confuse a vow and a promise and think that a vow is more serious than a promise. That is not true; they are both equally strong and serious.  A vow is a personal act of devotion in which you promise to live a certain way in order to grow in charity as a disciple. A vow then, is directed towards your personal salvation. A promise is directed differently, in that the focus is on others.  A promise, then, is also an act of devotion, but one that is directed to growing in charity by serving God in a specific way that involves a focus on his church, his people. In the sacraments we make promises, because they always involve the community of faith, whereas a vow is more personally focused.

A vow is a promise a person makes to God.  As the Catechism of the Catholic Church states, “A vow is an act of devotion in which the Christian dedicates himself to God or promises him some good work” (CCC 2102). So, a man or a woman entering the religious life, out of devotion to God, promises to live a life of chastity, obedience and poverty. It is something where he or she says, I am doing this out of love for God and for the salvation of my soul.

Priests and deacons, however, do not take vows, but they do make promises, which are equally binding. A promise is made for the sake of the kingdom and for the church. In the sacraments of baptism, confirmation, holy orders and marriage, promises are made (and therefore, it is not technically correct to say marriage vows).  In a promise, you are saying, “I will do this out of love for God and for the sake of others”. In marriage, you promise to be true to your spouse, out of love for your spouse and being the “domestic church”.  In baptism, you promise to live as a disciple of Christ, rejecting Satan and all his works, and to serve God faithfully in his holy, Catholic Church. In the promise of celibacy, you promise to remain unmarried for the sake of the kingdom of heaven and at the service of God’s people. Celibacy is a gift from God that is intended to be shared; the celibate person lives “for others”. Celibate love is a pursuit of holiness, an expression of love for God, a sign of God’s love and grace, a gift of one’s self to others in community or through ministry.

In conclusion, we can say that religious Sisters take the vow of chastity, while priests make a promise of celibacy, but both religious sisters and priests do not marry.  As we saw above, chastity is for all, whether married or not.  Thus, a celibate priest, like the religious sister, is also required to be chaste! 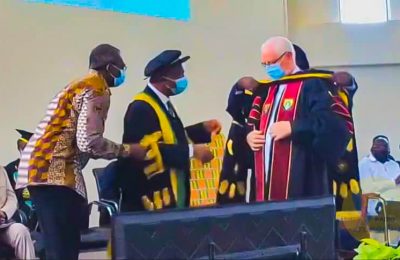