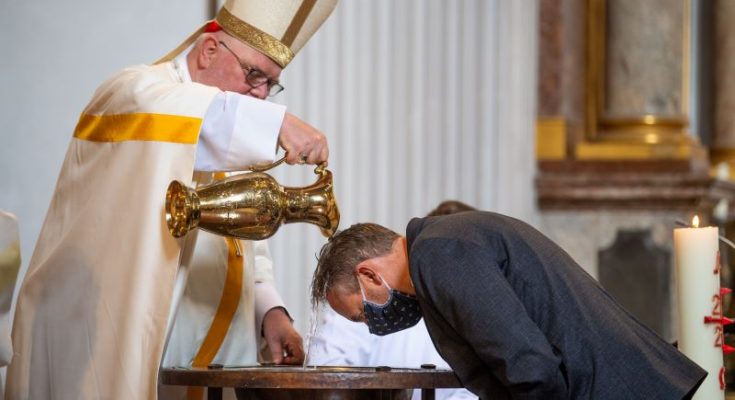 Vatican says some Christians may need to be rebaptised

The Vatican’s doctrinal experts have advised that certain baptisms may need to be redone, after clarifying that baptisms using an adjusted formula are not valid.

The Congregation for the Doctrine of the Faith (CDF), the Vatican body in charge of overseeing doctrinal issues, responded to a question on baptism yesterday. The questioner asked whether baptisms were valid when administered using the form of words: “We baptise you in the name of the Father and the Son and the Holy Ghost.” There have been recorded instances in some Christian Churches of that form of words, or one similar to it, being used.

In their response, the CDF clarified that the only acceptable formula for baptism is “I baptise you in the name of the Father and of the Son and of the Holy Spirit.” This means that anyone who was baptised using a different form of words should be considered not to have received the sacrament yet. In some cases, this will mean that baptisms will need to be redone. Although the doctrinal office generally emphasises that baptisms “In the name of the Father, the Son and the Holy Spirit” are valid, this is not universally the case. In one notable example, the CDF previously ruled that Mormon baptisms, despite using the correct formula, are invalid due to the non-trinitarian theology of that religion.

According to the announcement, the modifications to the baptismal formula were introduced to “to express the participation of the family and of those present”, as well as to “avoid the idea of the concentration of a sacred power in the priest to the detriment of…the community”. The traditional formula, was, however necessary, in part so that participants “recognise with absolute clarity the gesture of Christ in the ritual action of the Church”. When an individual priest or layperson administers the sacrament of baptism, the document states “it is really Christ Himself who baptises”.

The response, approved by Pope Francis, goes on to emphasise that the parents, godparents, and community already have a significant role in the sacrament – but that this does not justify a change in the baptismal formula.
Source: thetablet.co.uk
Share this
TAGBaptism Infant baptism
Previous PostSt. Jane Frances De Chantal, Foundress of the Order of the Visitation of Our Lady Next PostEmbrace ‘Politics For Nation Building And Social Cohesion’ – GCBC urges Ghanaians 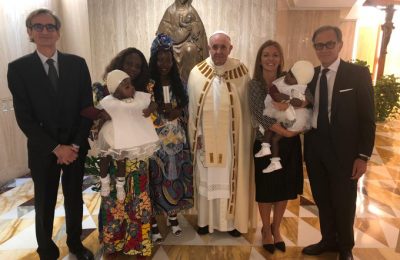 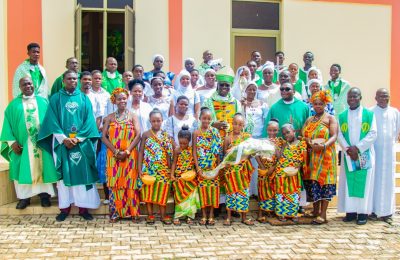 Odorkor: Over 100 receive sacrament of confirmation