Home Ghana News St. Jane Frances De Chantal, Foundress of the Order of the Visitation of Our Lady 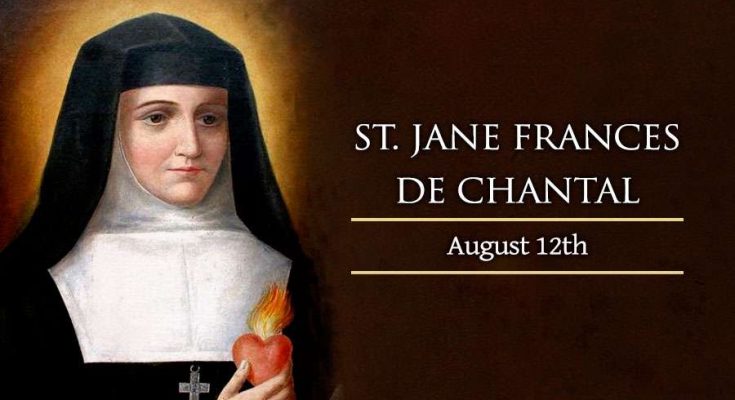 St. Jane Frances De Chantal, Foundress of the Order of the Visitation of Our Lady

Jane was the second child of the president of the French Parliament of Burgundy. At the age of twenty, she married the Baron de Chantal, an officer in the army of Henry IV. Her husband was killed by accident while hunting and died in her arms. She was left a widow at the age of twenty-eight with one little son and three daughters.

Jane placed herself under the direction of St Francis de Sales, who advised her to spend her life in the service of God. She provided well for her children. With the help of St Francis she laid the foundation of her new Order of the Visitation of Our Lady at Annecy in 1610.

This convent was a haven for those whose health, age or other circumstances prevented them from being accepted in other orders.

St Vincent de Paul said of her “she was full of faith, and yet all her life long she had been tormented by thoughts against it. Nor did she once relax in the fidelity God asked of her. And so I regard her as one of the holiest souls I have ever met on this earth”

Jane visited eighty-seven convents of the Order. She died in 1641 at the age of sixty-nine.

Pain did not slow her in Faith or desire to help others. May we not be discouraged even when our hearts are troubled or bleeding. Amen

St. Jane Frances de Chantal, pray for us. Amen.Happy feast to all Jane and Janet.

Share this
TAGSaint of the day St. Jane Frances De Chantal
Previous PostSts. Pontain and Hippolytus, Martyrs Next PostVatican says some Christians may need to be rebaptised