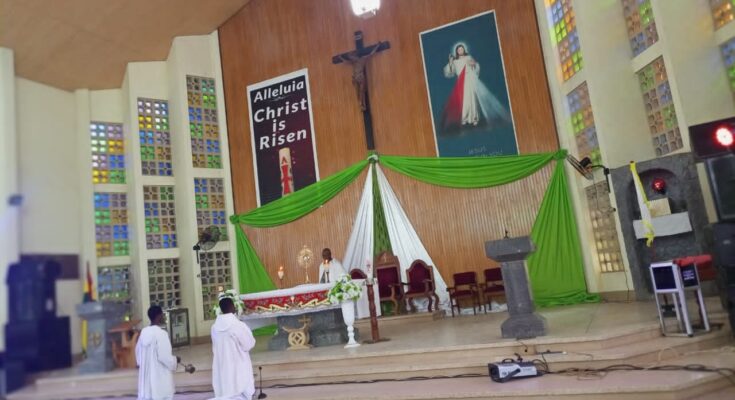 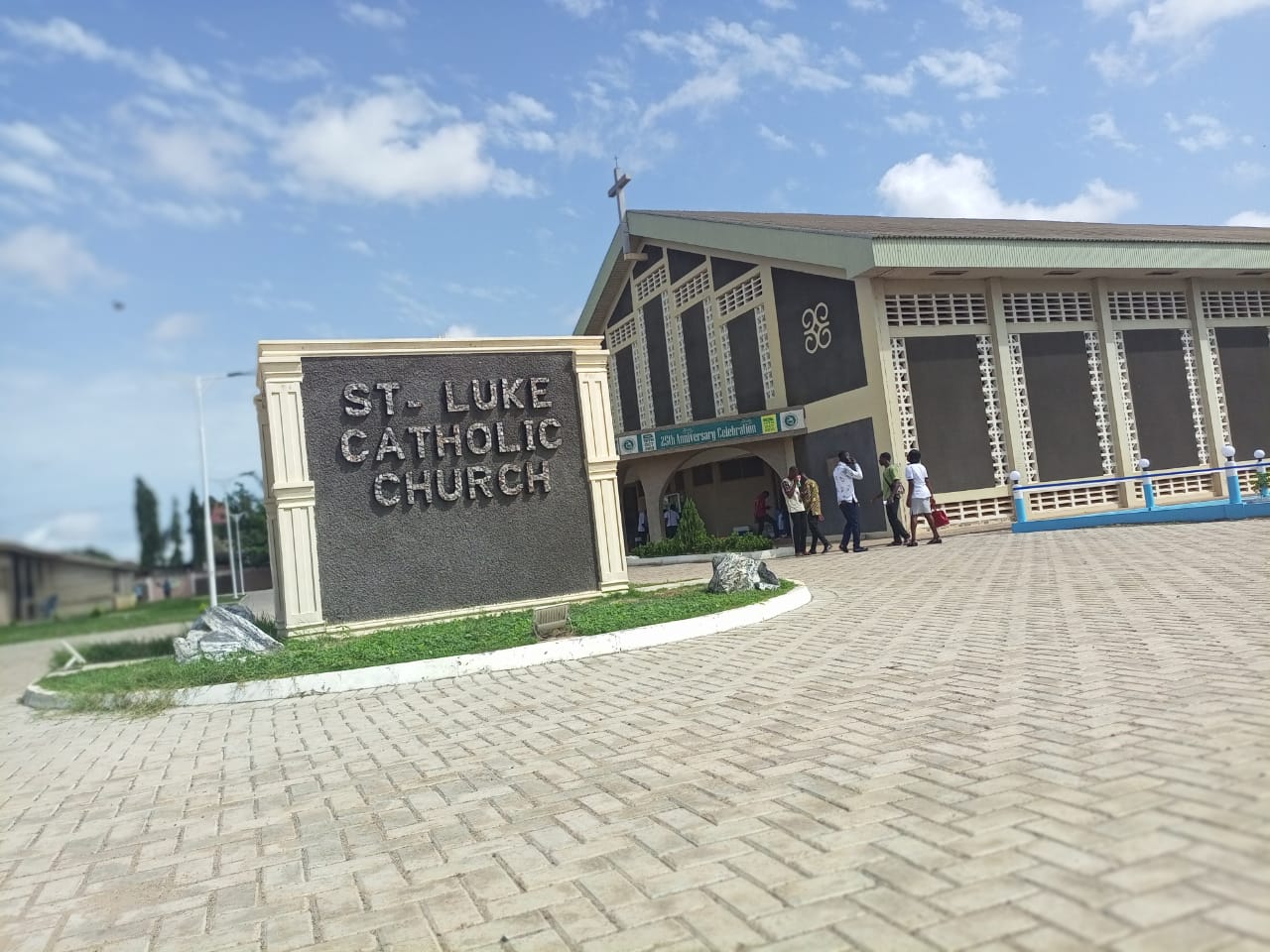 Effective January 1st 2022, it became official that 3 new Deaneries within the Catholic Archdiocese of Accra, namely Ashaiman, Tema and Ada-Battor Deanery would assume full functionality much like the rest. Received with mixed feelings,one could speculate that “things may fall apart” in view of certain pivotal youthful conventions considering now that TEMA-BATTOR DEANERY is no longer in existence – but howbeit, the reality of events in Ashaiman Deanery proves beyond reasonable doubt that come what may, there is always a way so long as there is a will.

For the record,on Sunday,1st May,2022, a throng of youth from various nook and cranny of the Ashaiman Deanery convened at St Luke The Evangelist Catholic Church, Lebanon Zone 2 for a spiritualistic experience evoked with awe of God’s presence.

At exactly quarter past 3pm, the Blessed Sacrament was exposed for about a half-an-hour long adoration, led by Rev. Father Albert Apewe Amonzem backed by the CCR Zone 7 Music Ministry.

In no time,the MCs for the night, MR ELVIS ANDOH(St Augustine, Roman Down) and MISS DOROTHY OKORLEY(St Dominic Savio, Afienya) coordinated the start of the second phase of the program seamlessly, and with no holds barred, a repertoire of danceable praise songs by the singing ministry aroused patrons to the dancefloor. And then on,an interlude of poetry recital followed in quick succession as budding sensational poet, Aba The Poet of St Augustine,Roman Down thrilled patrons with her sensational artistry.

As if that wasn’t enough, the chief resource person on bill took turns and climaxed everything with the message of the day taken from Rev. 21:5 “…Behold I am making all things new” .Indeed for patrons, that was God’s own manifestation of His power through his servant Very Rev. Father Januarius N.K. Akpabli,The Archdiocesan Catholic Youth chaplain of Accra. Moments later, as if the hour of pentecost was dawning, likened to the account of the biblical apostles, the church was engulfed with prayers, fervent intercessory prayers even as all and sundry were under the influence of the Holy Spirit with Brother Stephen Dormekor giving the prayer direction.

The rest of the program encompassed Offering/collection, a reloaded bout of songs ministration drawing nearly twice the number than before unto the dancefloor, a quarter of an hour for Seed Sowing which was aptly moderated by Mr Eric Alorbu(St John Paul II).

The night also saw an introduction of all the Deanery’s Youth Executives and chaplaincy. An explosive atmosphere of worship was rekindled at the eleventh hour by special guest minister, Apostle Peter Owusu Ansah, a renowned charismatic singer within and beyond the Archdiocese.

In a jiffy, Victory Praise 2022, the first of its kind came to an intriguing end whereby the Vote of Thanks given by Hope Azaletey (St Theresa Rectorate, Gbetsile), was accompanied by some short announcements by the MCs, leading to the reposition of the Blessed Sacrament by Rev. Father Mark Eshun, SDB at about 7:30pm prompt.

We hope and pray that VICTORY PRAISE becomes a sustainable spiritual “marathon” throughout the year and unforeseeable future.