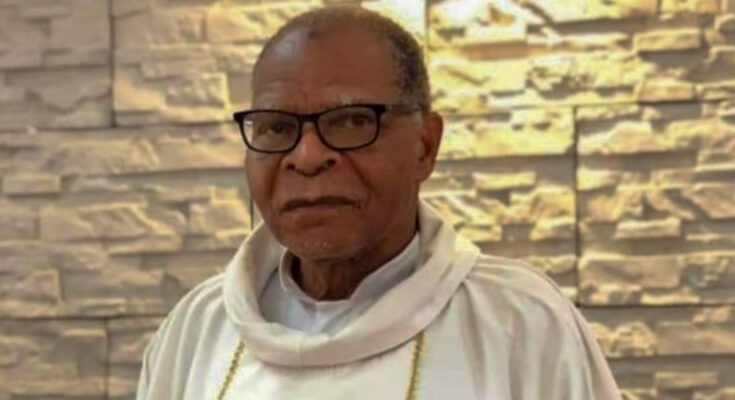 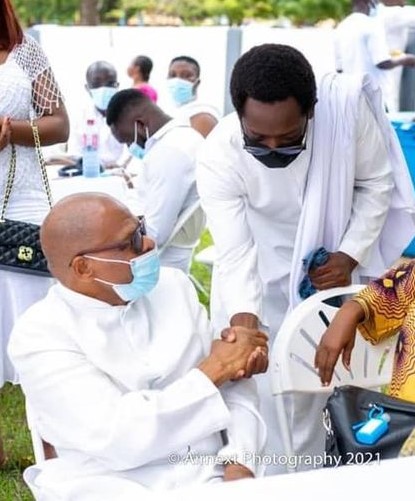 I was ordained on the 25th of August 2012 and in October I was appointed to St. Paul, Kpehe. There, my priesthood would be shaped. Below, I share with you, lessons learnt from a father: Rev. Fr. Ted Nelson Adjakpey, the first and only pastor I worked with.

1. He never used his title Dr. He was humble in that way. I believe for him the greatest title on earth was the title given to males who are privileged to share in the name of God himself – Father. To be called father means everything. People love you because you show fatherly love, and they don’t like you because you show fatherly discipline. Maxima Missodey writes on Facebook: “I took those words literally because Fr. Ted’s homilies and admonitions had an aura of a father sharing his last testament with his children……. I felt the genuineness in Fr. Ted’s statement. It felt like a father looking out for a son.” Pope Francis once proposed a spirituality for diocesan priests to a group of priests and seminarians. He says a diocesan priest is a father, a son and a brother. He is a father to his parishioners, a son to his diocesan bishop (Fr. Ben Ohene remembers Fr. Ted as a faithful and obedient servant) and a brother to his fellow priests.

2. Two tables were key if you lived with Fr. Ted: table of prayer and dinning table. Everyday except Sundays, we met before the blessed sacrament at 5:30am for Lauds (morning prayer); the rest of the time was for meditation. When it rained and there was no morning mass, we met in the hall. There were times Fr was not feeling well and he would miss community prayer and times when I overslept and missed but those were rare moments. If any of us was late and the other started, we did not mind a restart so we can connect together with our heavenly father. Maxima writes again: “Once when I arrived early for morning mass, I saw fathers Ted and Salifu seated at both ends of the altar facing the sanctuary. I was greatly moved, and I thought to myself, Fr. Abraham and his son Isaac are having a chat with their heavenly father”. For the dining table, Fr. Ted would knock on my door and tell me it’s lunchtime whenever I was home. For evening meals, he really tried to get me to be at table, but I failed; I often would keep talking outside (as people close to me know: I am a talkative). Now this was key: even when there was friction between us, we still met at both tables and sometimes (at the dining table) we could eat without conversation and the only conversation we would have would be with God when we share grace before and after meals. That is what kept us focus on the Father’s work.

3. On the report cards of the primary school students, there is a section titled “remarks”. Very often for students who are below average or average, teachers often write the famous phrase: “more room for improvement”. It’s a phrase often used by adults to encourage young people to achieve greatness. What I found is that even though sometimes young people are told that there is “room” in them for improvement: they are never given “room” to improve. Very often young people are boxed in a small space and yet are expected to grow. Agriculturalists would agree that if you sow the seed of a big tree in a very small, limited space, it may either kill the plant or stifle its growth. Its not only the “room of potential” that is necessary for growth but the “environmental room”: the freedom to operate and even make mistakes. Such was the “room” given by the merciful father to the prodigal son. Looking back, such was the room I was given to operate in Kpehe, my first station. Fr. Ted did not only identify that there was “room” within me that needed to expand, but he also gave me an “environmental room” to grow.