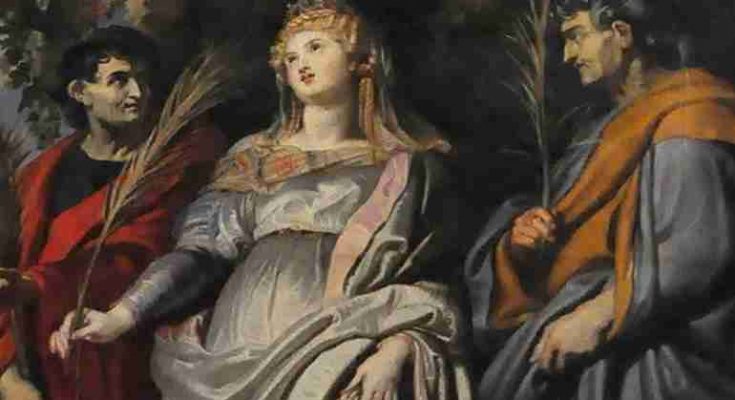 Saint of the day: Sts. Nereus, Achilleus and Pancras (Martyrs)

Sts. Nereus and Achilleus were Roman soldiers of the 1st century who became Christians and refused to remain in the military service. They were both martyred for the Faith and buried in the cemetery of Domitilla on the Via Ardeatina. The bas-relief of Achilleus being stricken is the oldest known representation of martyrdom.

The legendary Acts of these martyrs state on the other hand that, they were servants of Flavia Domitilla, a niece of the Emperor Titus and Domitian, who became Christians. They further relate that she was banished to the island of Pontia and was finally martyred at Terracina together with Nereus and Achilleus.

St. Pancras was a Phrygian of noble birth who was baptised at the age of fourteen and proceeded to give all his possessions to the poor. This drew the attention of the authorities to him and ultimately to the fact that he was a Christian. When he refused to renounce his Faith, he was decapitated under Diocletian around the year 304 AD.

May the innocent and courageous blood of our first century martyrs relive all fears of knowing God and giving our all to His glory.

Sts. Nereus Achilleus and Pancras, pray for us. Amen

Saint of the day: St. Ignatius Laconi, Patron of Beggars and Students

One thought on “Saint of the day: Sts. Nereus, Achilleus and Pancras (Martyrs)”