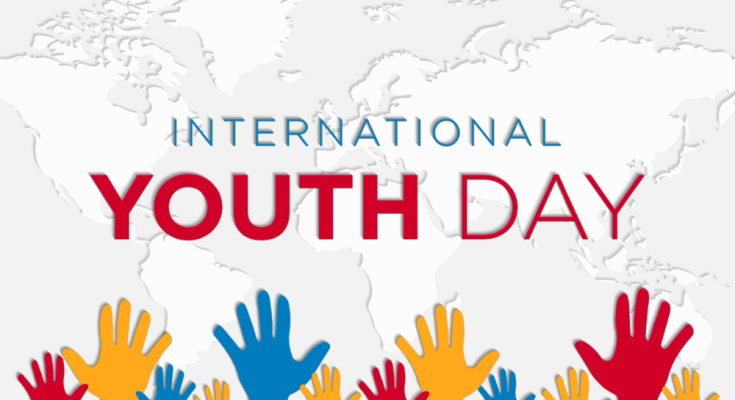 Like
Post Views: 1,052
Pope Francis has great faith in young people, whose youthful spirit, he says, can bring about a more just and equitable world, especially for the poor and needy. The Holy Father expressed his feelings in a tweet on Thursday, on the occasion of the United Nations International Youth Day.

“With the help of young people and their innovative spirit, we can make the dream come true of a world where bread, water, medicine, and workflow abundantly and reach those most in need first,” the Pope said in a post on his Twitter account.

Adopted by the General Assembly in 1999, the UN’s International Youth Day has been observed every year on 12 August since 2000. The commemoration brings young people’s issues to the attention of the international community and celebrates the potential of youth as partners in today’s global society.

The theme of International Youth Day 2021 is: “Transforming Food Systems: Youth Innovation for Human and Planetary Health”.  It highlights that the successful transformation of food system cannot be achieved without the meaningful participation of young people.

In a message for International Youth Day, UN Secretary-General Antonio Guterres also stressed that “young people are on the frontlines of the struggle to build a better future for all”.

He pointed out that “Covid-19 pandemic has highlighted the dire need for the kind of transformational change they seek – and young people must be full partners in that effort”.

“Solutions developed by young innovators to address challenges to our food systems,” he said, “are tackling inequities in food security, biodiversity loss, threats to our environment and much more”.  This drive, creativity and commitment is evident also in other areas such as gender equality to education and skills development.

However, the UN chief pointed out that young people cannot do this on their own. “They need allies to make sure they are engaged, included and understood.”  In this regard, the UN is strengthening its work for and with young people worldwide, through its system-wide Youth2030 Strategy.

Future of the world

In a separate message, Audrey Azoulay, Director-General of the UN Educational, Scientific and Cultural Organization, UNESCO, urged young people to continue engaging in their commitment and invited all of civil society to tap into the immense potential of young people’s uniqueness, productivity, and incredible capability.

She pointed out that even young people are vulnerable and subject to instability as proven by the crisis brought about by the Covid-19 pandemic. International Labour Organization (ILO) data say that after women, young people have been the hardest hit by job losses. Youth employment fell by 8.7% in 2020, compared to a 3.7% drop for people over 24 years of age.  Azoulay said the pandemic crisis has also created a mental health and education crisis for young people, whose consequences could last for many years.

Azoulay pledged UNESCO’s responsibility in acting on behalf of these young people, saying they are the future of the world.  Its “Youth as Researchers” (YAR) initiative, launched in 2020, harnesses young people’s resilience and aims to support youth-led research projects on the Covid-19 pandemic.

UNESCO also intends to explore the idea of a global system of grants to finance research projects and grassroots action led by young people, especially through its conference next month.  In this regard, Azoulay said UNESCO is reaching out to young people in a meaningful way through initiatives, such as the Global Youth Community, the Youth UNESCO Climate Action Network (YoU-CAN), and projects to prevent violent extremism.

The Catholic Church also has its own World Youth Day (WYD), which is celebrated every year on Palm Sunday at the diocesan and local levels across the world. It was the initiative of Saint Pope John Paul II, who had invited the faithful to Rome to celebrate the Holy Year of the Redemption in 1983/84, marking the 1,950th anniversary of the death of Christ.

In 1984, more than 300,000 young people from all over the world took up the Pope’s invitation and came to Rome for an International Jubilee of Youth on Palm Sunday in St. Peter’s Square.

The following year, 1985, had been proclaimed by the UN as the “International Year of Youth”, and organizers in the Vatican called for another such youth rally for the occasion. More than 250,000 young people responded to the Pope’s invitation and came to Rome on Palm Sunday that year. Later, the Pope announced the institution of World Youth Day on December 20, 1985, and the first official WYD was held in 1986.

Besides being observed locally each year on Palm Sunday, WYD is also celebrated internationally every 3 years or so at a venue chosen by the Pope, where young people from around the world come together around the Holy Father. The last such international gathering was held in Panama City, Panama, in January 2019. The Portuguese capital, Lisbon, is hosting the next WYD, scheduled for August 2023.