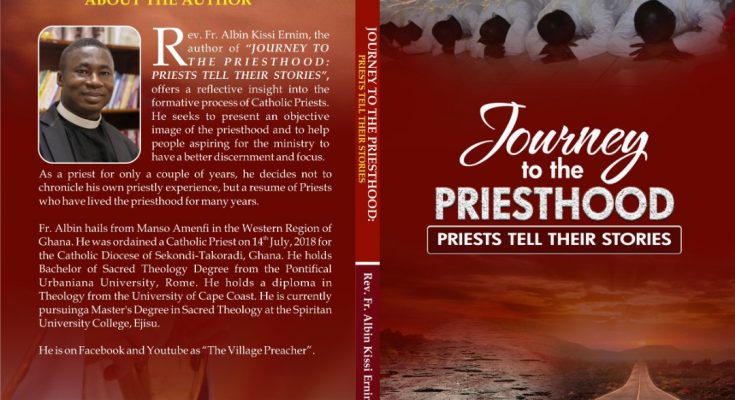 The book “Journey to the Priesthood, Priests tell their stories” is a unique book written by Rev.Fr.Albin Kissi Ernim from the Sekondi Takoradi Diocese in Ghana. The book is a groundbreaking book; it is the first of its kind, which chronicles the vocations stories of some Catholic Priests, and bishops in Ghana. The accounts give the joys, pains, toils, hardships, challenges, and happiness in the priestly formation and ministry. The narrators are motivated to share their personal stories in order to help build hope and inspire young men on their journey to the priesthood. The challenges and lessons in these accounts may not be different from what other young men may be going through. Most of the priests had to battle with doubts, confusions, flaws, indecisions, and fears; but through the grace of God, they responded positively to the divine call. 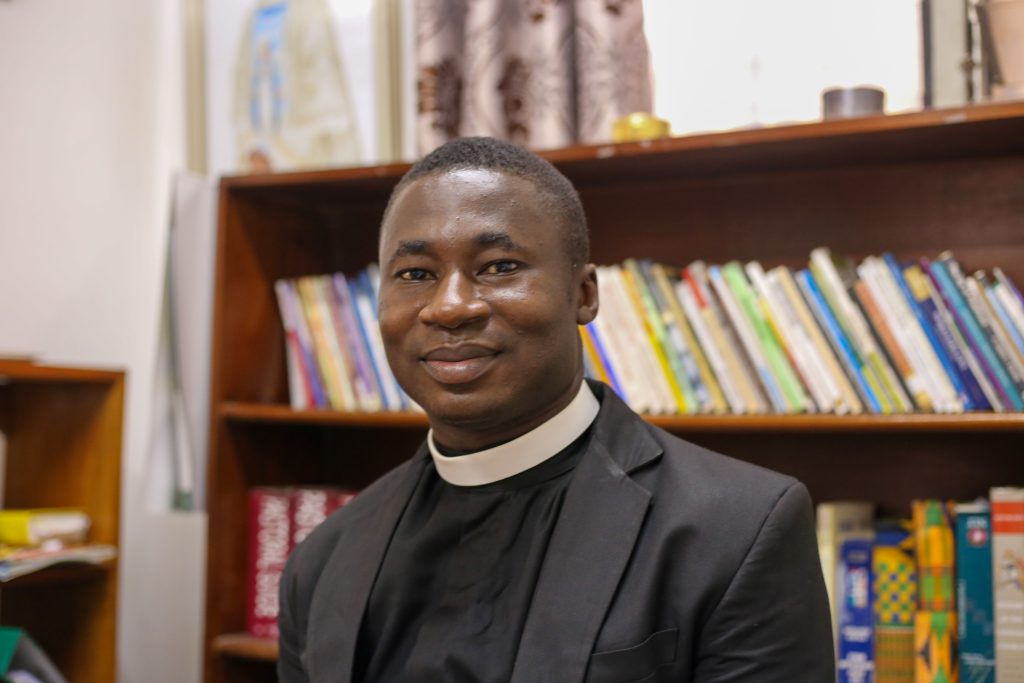 The first part of the book goes on to take another entity, which the Code of the Canon law, (No. 232 -262) explains and labels as a Juridical Person; that entity is the Seminary. The account describes how the seminary formation begins from the Minor Seminary to the Major Seminary. The book displays the need to put forward the nuances of the Catholic Priesthood: and how young men can navigate their ways into the seminary formation. Here, he took the reader through the seminary formation; the number of years, the qualifications, the pillars of formation, the evangelical counsels, and the priesthood in general. Not only that, the various ministries and the various degrees of the Holy Orders are explained. The book gives a road map to the priestly vocation, especially in our part of the world. A manual that can help young people to navigate their way as they discern their call to the priestly vocation.

The general intention of the book is to help promote vocation in the church, especially in Africa, which Emeritus Pope Benedict XVI, at the opening session of the Synod of Bishops for Africa, in October 2009, referred to “Her” as “an immense spiritual ‘lung’ for a humanity that appears to be in a crisis of faith and hope”. Besides, that the proceeds from the book will be used to support the St Mary’s Minor Seminary, Apowa
The author intends to launch the book on June 27, 2021, to mark his three years priestly anniversary. The book will l be launched at the Star of the Sea Cathedral, Takoradi. 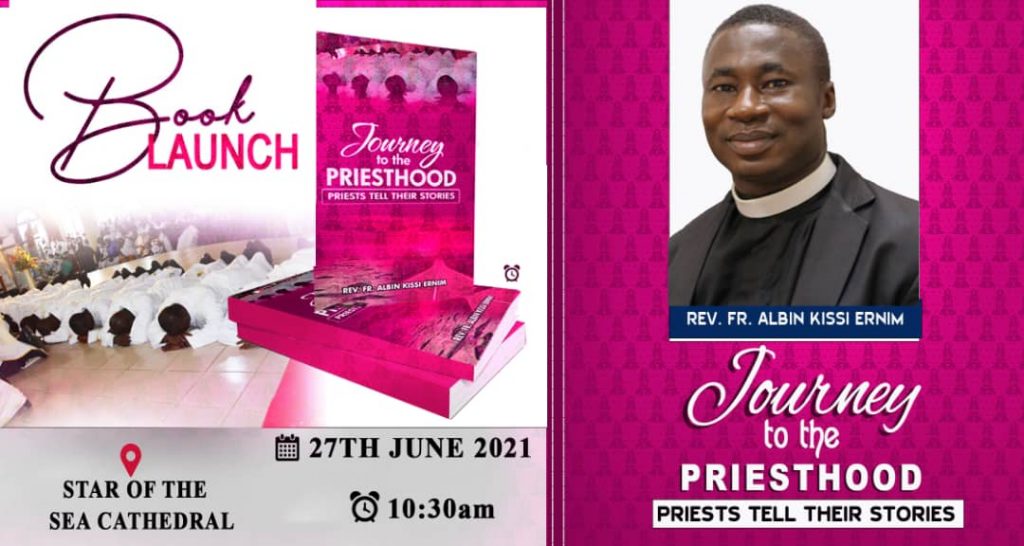