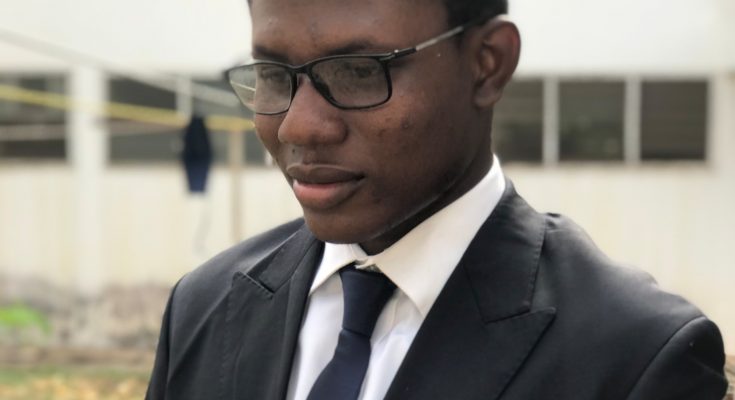 What is next to the zenith of your achievement? You finally became a successful person after many years of hard work. You are filled with love and gratitude and you feel like you are on cloud nine due to your hard work, dedication, and commitment. People are ambitious. But after successfully reaching a goal, they can lose themselves or slow down their momentum of growth. This part of the process is a problem that many individuals face later in life if they have not yet faced it. It is disheartening when most political leaders, after a long sought win, tend to drive success excruciatingly in the future.

Many a time, we lean towards eschewing the part of achieving success that we seldom talk about, mostly because the focus tends to be how we can become successful without any real honest scrutiny of what will we do when we actually achieve it,  Many other people who have attained this realization are left with a big question: “What is next? What should I do now that my achievement is realized?”

Just recently, hiking to the peak of the Afadja Mountain which seems highly impossible for some adults became easy as pie for young Adabla Efudzi, a kindergarten two female pupil of the Wuxor D /A Basic School in the Akatsi South District of the Volta Region.

Young Adabla has arguably emerged the first kid in Ghana to have achieved the feat during an excursion organized recently. I was beside myself with an innate euphoria when during an interview with her, she exhorted the young and old to be determined to work hard at their aims in life and achieve them, which provided grounds of motivation to all and sundry. This is a little girl whose feat skyrocketed the zeal in the young and old to achieve their set goals. Thus through her achievement, she has made an impact through her words to many. Comprehensively, part of the reason is that, when success is recognized by public, it is often seen as being the pinnacle of our voyage leaving us with nowhere to go but down.

Again, in a political ambiance after achieving a key milestone to be a leader, the question you need to ask yourself is, “How can I continue to inspire the best in those I lead and not squander opportunities or gains at the expense of the common good of the country?”

Most teeth are set on edge because our recent leaders have eluded the reality on the ground. “Give back to everyone who gave to you on your path to success, and give more broadly to everyone who seems deserving” This is so because the next to their feat is not thought of. They combat to wield power and yet get stuck on what to do next.

Should humility be a virtue to what is next to your achievement? While you have made a great asset, it is important you don’t underestimate what you left behind or treat people with contempt. Instead of disdaining people, devote some of your energy to helping people. Since that group helped you, why not give back to them? This isn’t necessarily progress, but it gives the respite you need to figure out what to do next. Take care of the pence and the ponds will take care of themselves. Many a time, it beats my mind when folks who see themselves with abundance adapt to double money to those who have enough to support life at the expense of orphanage centers. Growth is a delicate mechanism and it can be replaced with bad habits that push you back into a worse situation. Pomposity about your achievements at its very inception can ward off people irrespective of who they are. Growth in actual sense stems from source beyond ourselves and many people are involved in your growth. It is best to stay humble and recognize these people and acknowledge them. Ideals are important and they can shift if you stray from the path that brought you success in the first place. Helping out can track you to stay true to your morals and models.

Again, as the saying goes “Don’t put all your eggs in one basket” It is a fitting phrase in our lives as we all have many aspects of baskets in our lives. Perhaps you may be entangled in one basket ignoring the other. In order not to be individualistic, there is the need to attend to all. Your next to your achievement should illumine the face of someone. A happy heart is said to be better than a full purse.

The story of the multiplication of the loaves and fish is the mostly widely circulated miracle story in the gospels. I want to dwell on the result after feeding five thousand men (Mark 6:4-44). Jesus in a way achieved his intention and next to this was the twelve baskets of left-overs. The very thought that God overwhelms us with grace is so counter-intuitive to our experience of daily life. More often than not, it is scarcity that we are aware of, not abundance. The only conclusion that makes sense is that God intended for us to be conduits through which abundance might flow to others. It is through the act of choosing to share rather than hoarding that we become aware of how much we really have.

In response to what is next to your achievement, you must know and consider that no matter how much you have accumulated, it is ultimately a gift from God and will do us no good until we share it altruistically. Our next to our success should change the world and the people and not the world to change us. Use your assets, feats, and glory to purify the world before it desecrates you.

Share this
Previous PostCardinal Pell: in prison I forgave my accusers, faith kept me alive Next PostJourney to the Priesthood, Priests tell their stories- Rev. Fr. Albin Kissi Ernim