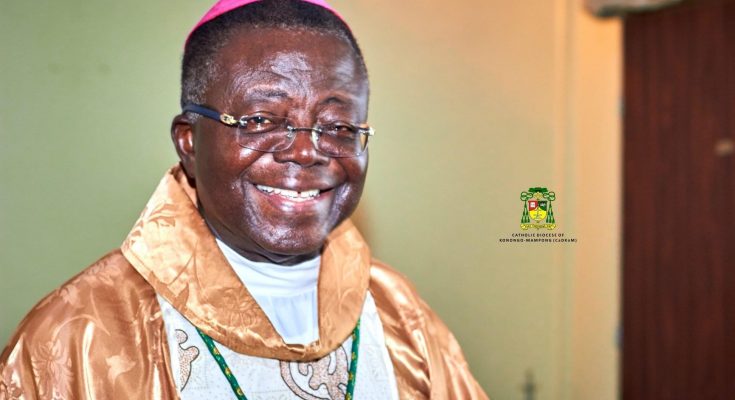 The Catholic Diocese of Obuasi, in a statement through the chief shepherd’s outfit has debunked claims of a media reportage indicating that a Priest in the Diocese has nine Children.

The said report suggested that, a Priest named Fr Oti Boateng who has passed on had nine children with a woman named Vida Anning in the Konongo Mampong Diocese.

Most Rev Joseph Osei-Bonsu in response to the said incident has rubbished the claims noting that the Diocese has no Priest, dead or alive bearing that name.

Below is the full statement from the Diocese 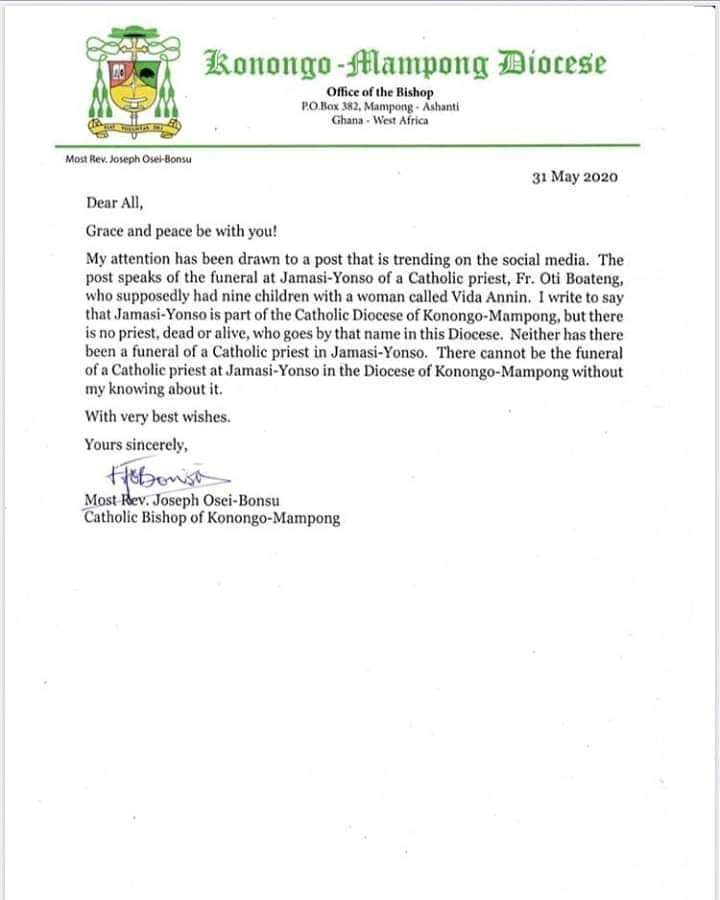