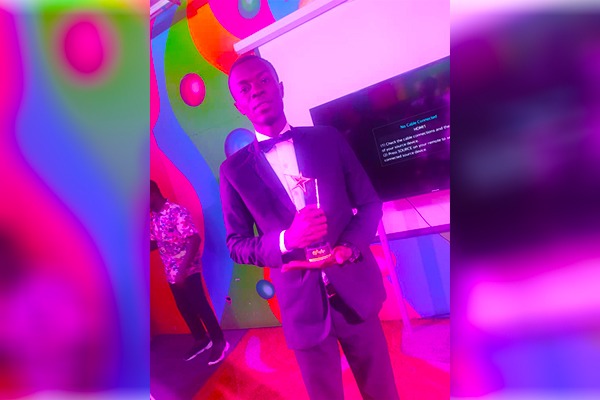 Akakpo Elikem Kwabla, a Catholic seminarian has won Blogger of the Year Award at the maiden edition of the Ghana Media Students Awards held at the studios of GH Media school.

The young seminarian who is a parishioner of St. Anthony of Padua Catholic Parish, Threetown-Denu in the Keta-Akatsi Diocese started blogging in 2016 and currently blogs at Ghnewz, Typical Black Magazine Airlly Heritages and Brave Catholic Voices which are his self-owned blogs.

Out of his love for his Catholic faith, Elikem writes and publishes articles written by himself and others on Brave Catholic Voices. This for him is one of the many ways he can put his talent at the service of the Church. His love for creative writing and literature in general which he nurtured in senior high school (minor seminary) can also not be left out in describing him.

It must be noted that the latest award winning blogger is an award-winning poet/writer too, having won the poet/writer of the award at the first edition of the Volta Youth Awards 2019 and other international poetry awards such as the Poetritis Nirvana Africa.

In his acceptance remarks after receiving the award, Elikem appreciated all those who believe in him and keep pushing him up. He dedicated the award to his parents Vincent and Gifty counting the many times he promised himself to make them proud.

Elikem is a student of the St. Paul’s Catholic Seminary Sowutuom-Accra, where he is undergoing formation to become a Catholic priest. 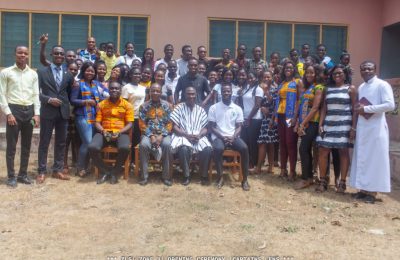 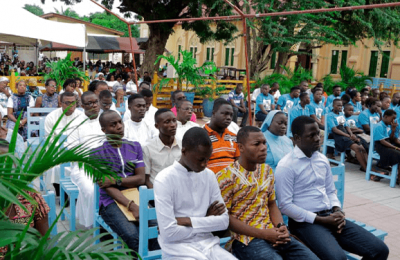