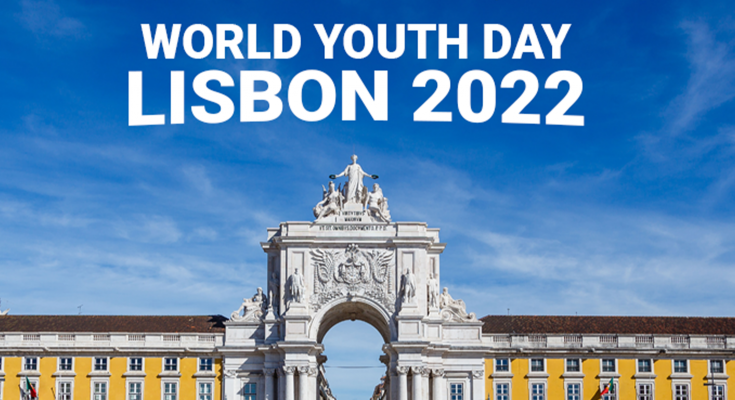 Why more Ghanaian youth should participate in WYD Lisbon 2022

In brief, WYD is a Catholic Youth Festival that was introduced by the late Pope St. John Paul II in the 1980s. It is meant to provide an opportunity for Catholic youth and other interested youth to come together to share their faith in Jesus Christ, interact with each other and learn from one another.

In between the WYD celebrations, there are deanery, diocesan and national WYD versions. The most recent WYD was held in January 2019 in Panama under the theme “Behold I am the handmaid of the LORD let it be done to me according to your word.” (Luke 1:38). The entire programme was focused on being fully surrendered to God and saying yes to His will. Pope Francis’s final message at the WYD included a reminder to all youth that they are the now of God.

WYD has many benefits for young people who participate in it: these range from spiritual to social. The experience of travelling, the opportunity to experience the Catholic faith in another country, becoming a member of a Catholic family in another country, meeting and interacting with new people, sharing your faith with others and seeing the universality of the church are among some of the benefits of participating in WYD. Some youth have discovered their vocations through their participation in WYD.

There was a story of a couple who met as volunteers during WYD in Poland. During WYD, there is also an opportunity for participants to share their testimonies; these testimonies tend to encourage those who hear them. The youth festivals also provide an opportunity for talented Catholic youth to showcase their talents to the world. Other youth are also able to offer their service to the church through their role as volunteers.

Some countries also translate the WYD song into their own language; this is a means of reaching out to those who may not speak any of the five WYD languages (English, French, Spanish, Italian and Portuguese). It would be a blessing to have the next WYD song translated into some Ghanaian languages for the edification of the church in Ghana.

Over the years, Ghana’s participation in WYD has tended to be limited to active youth leaders either at the parish, diocesan or national levels. Many dioceses sponsor about two youth, sometimes including chaplains. For WYD 2016 in Krakow, Accra presented 64 participants including chaplains.

It would be wonderful to have many more Ghanaian Catholic youth and other interested youth participate in the next WYD in Portugal in 2022 in addition to those who would be sponsored by their parishes or dioceses. Perhaps Portugal may also have the option for journalists/media practitioners and the youth festival so that talented Ghanaian youth can show their talents to the world.

I am confident that with God’s help, youth who make the decision early enough, have a fundraising plan and are committed to their plan can raise the funds needed to participate. The fundraising plan could be daily, weekly, monthly or even yearly depending on the person’s strength. I would also encourage parishioners who can support active youth in this quest. Participating in WYD is a life-changing encounter that every young Catholic should participate in.

In addition, Fatima is in Portugal and it would be a very faith enriching experience to visit the site of Mary’s apparitions in 1917. Lourdes in France, the site of another Marian apparition, is also quite close and with a Schengen visa, it should be easy to visit.  There are many other faith and culturally enriching sites in Europe to visit.

One of the important things for every potential participant to remember is the documentation required. You will need a visa which is quite a laborious process especially in developing countries where you need to show your social and economic ties to your country before you can be considered.

Some of the documentation the embassies request include birth certificates, marriage certificates (for those who are married), introduction/attestation letters for students and workers, bank statements and company registration documents for self -employed persons.