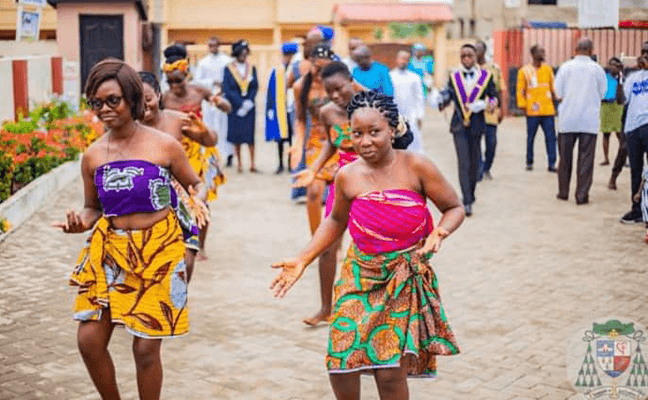 In a bid to promote arts and culture and as part of the core values of the CYO, executives of Ss. Anne and Joachim Catholic Youth organization- Teshie held an outstanding art festival at the Efua Sutherland drama studio, School of performing Arts- Legon on the 11th of August, 2019.

The aim of the art festival was to entice the young to uphold their cultural values and bring out their inborn and natural talents through music and art. The programme was also organized to raise funds to support the cultural troupe of the SS. Anne and Joachim Catholic Church.

The programme which was the second edition was very successful and would be organized annually. This second edition brought smiles on the faces of it’s audience through the rich Ghanaian music and dance not forgetting our irresistible traditional dressing. A reminder of who we are and our roots as a people.

Also present was the Vice Chairman of the Accra Archdiocesan Catholic Youth Organization Snr. Cr. Nicholas Agbenku. Rev. Fr. Richard Gilbert Arhin, assistant priest of SS. Anne and Joachim also attended. Rev. Fr. Alphonse Bulloro, the assistant to the Youth and Vocations Director of the Catholic Archdiocese of Accra and a son of the SS. Anne and Joachim Catholic Church also blessed the programme with his present.

Rev. Fr Alphonse Bulloro before giving the closing prayer told the gathering how he was glad to be part of the Art and Culture because as a student of Ghanaian Language and Culture he was encouraged. He said as young ones in Africa and Ghana we must uphold our rich Language and Culture and not shy away from it. He indicated though it is important to learn foreign languages we must be proud to speak and promote our indigenous Language : Ga, Twi, Ewe Dagaare and so on. 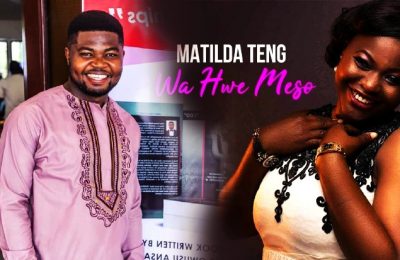