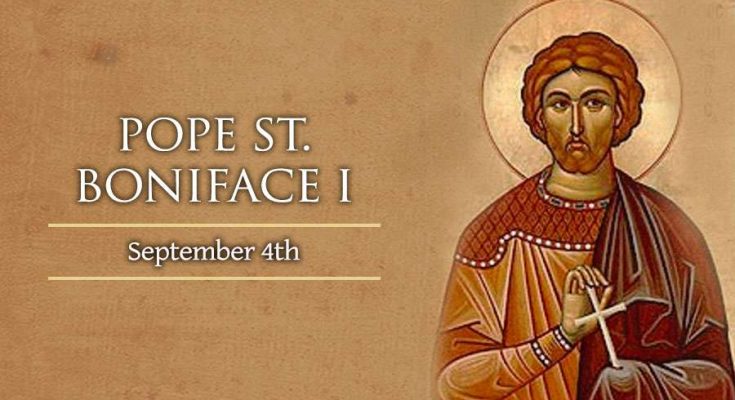 Saint of the day: St. Boniface I, Pope

Though few details are known of Boniface’s early life, he was elected Pope on December 28, 418.

He is believed to have been ordained a priest by Pope Damasus I (366-384) and to have served as representative of Innocent I at Constantinople (c. 405).

Boniface was highly esteemed for his charitable and learned personality, which were clearly seen and lived through the service of his priestly duties.

At the death of Pope Zosimus in 418, two Popes were elected, Boniface and Eulalius. They were sent away from Rome by the emperor until the difficulty would be cleared. Eulalius failed to respect the Emperor’s decree and thus Boniface was recognized as the legitimate Pope.

Boniface’s reign was marked by great zeal and activity in disciplinary organization and control.

He worked to reform certain corrupt practices and reduced the privileges granted to certain bishops.

He ardently supported St. Augustine in his fight against Pelagianism, and Augustine devoted several works to him. 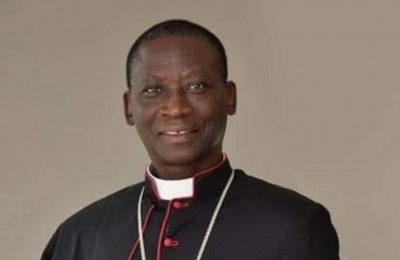