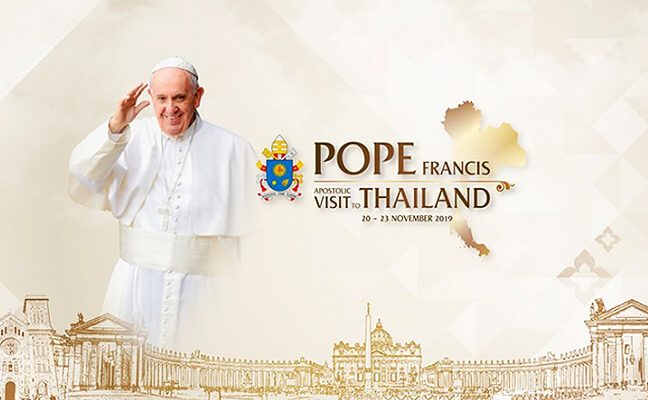 Pope Francis to visit  Thailand and Japan in November.

The Director of the Holy See Press Office, Matteo Bruni in a statement issued on Friday 13th September 2019 has stated that Pope Francis will on November 19th to 26th 2019 undertake Apostolic Journey to the Kingdom of Thailand and Japan.

He added that the Holy Father Francis was invited by the Governments and the Episcopate of the Kingdom of Thailand and Japan respectively.

Pope Francis will visit the Kingdom of Thailand from 20th to 23rd November 2019. He will then move to Japan from November 23rd to 26th. In Japan, the Pontiff will visit the cities of Tokyo, Nagasaki and Hiroshima.

Pope Francis will join the Thai Catholic community in celebration 350th Anniversary of the foundation of the mission of Siam from 1969 to 2019 whiles his Apostolic Journey to Japan will focus on the theme “Protect All Life”.

Full details of the Holy Father Francis to the two Nations will be published at the appropriate time.