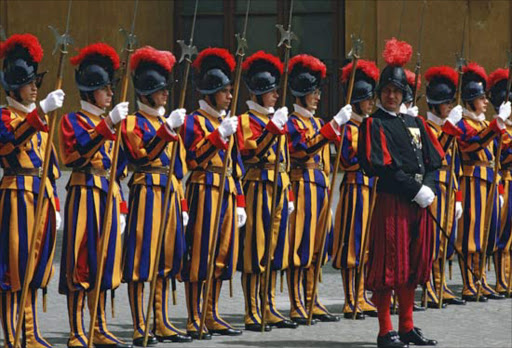 Pope Francis Tuesday appointed the second-in-command of Vatican security to head the City State’s national police force, after the resignation of the former chief Oct. 14.

The pope named Oct. 15, Gianluca Gauzzi Broccoletti, who has worked as part of the Vatican’s gendarmerie since 1995, and has been vice director and vice commander of the Vatican security and civil protection services since 2018.

Broccoletti’s nomination follows the resignation of Domenico Giani, who resigned after a confidential internal memo was leaked to the press that announced the suspension of some Vatican officials and employees and restricted their access to the Vatican.

The suspended officials were connected to an Oct. 1 raid of some Vatican offices, part an unspecified investigation overseen by a prosecutor, called the “promoter of justice” in the Vatican City court system.

The Vatican press office said Giani was not personally responsible for the leak.

Giani was Commander of the Vatican Gendarmerie, and had been a part of the Vatican’s security and police force for more than 20 years. The leaked memo, issued Oct 2, was signed by Giani and published by L’Espresso.

Two other men and one woman were also listed as suspended in the memo. During the raid, documents and devices were taken in connection to an investigation following complaints made last summer by the Institute for Religious Works – commonly called the Vatican Bank – and the Office of the Auditor General, concerning a series of financial transactions “carried out over time,” an Oct. 1 Vatican statement said.

Broccoletti, 45, has worked as part of the Vatican gendarmerie and in Vatican security since 1995. Since 1999, he was responsible for the City State’s cyber security and technological infrastructure. He is married with two children.

The Secretariat of State is the central governing office of the Catholic Church and the department of the Roman Curia which works most closely with the pope. It is also responsible for the governance of the Vatican City state. The Vatican’s Financial Intelligence Authority oversees suspicious financial transactions, and is charged with ensuring that Vatican banking policies comply with international financial standards.

The Vatican Gendarmerie collaborates with the Pontifical Swiss Guard, which is responsible for the personal protection of Pope Francis. The Gendarmerie oversee general security operations in the Vatican City State, along with criminal investigations and counterterrorism operations.

Details about the nature of the investigation at the Secretariat of State have not yet been forthcoming.