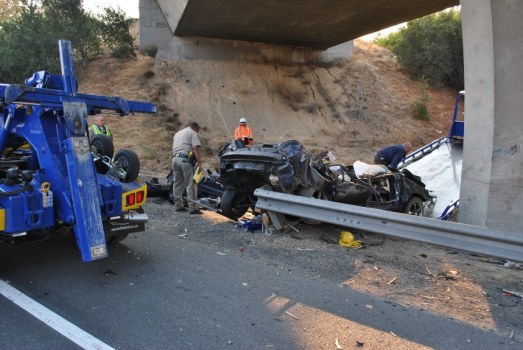 Archbishop Dominic Jala of Shillong, India and Fr. Mathew Vellankal died in a car crash Oct. 10 during a visit to the Diocese of Oakland.

The visiting archbishop and two local priests’ Toyota Prius was hit by a tractor-trailer truck on a California highway in Wilbur Springs at 2:20pm on Oct. 10, according to California Highway Patrol.

Fr. Joseph Parekkatt, pastor of St. Anne Parish, survived the crash with injuries and is in stable condition at Santa Rosa Memorial Hospital. Fr. Vellankal, pastor of St. Bonaventure in Concord, and Archbishop Jala, both died at the scene of the accident.

“Father Vellankal’s joyous spirit and faith will be deeply missed,” Bishop Michael C. Barber of Oakland said in the diocese announcement Oct. 12. “May his soul and the soul of Archbishop Jala rest in the peace of Christ.”

Jala, 68, served as the archbishop of Shillong, India for the past 19 years and was apostolic administrator of Nongstoin, India since 2016.

The Indian archbishop was visiting the U.S. to attend the meeting of the International Commission for English Liturgy, according to the Archdiocese of Shillong. He had previously visited Rome Sept. 17-28 for the ad limina visit at the Vatican.

Born in Meghalaya in northeastern India in 1951, Jala went on to be ordained a priest in the Salesians of Don Bosco in 1977. He authored the book, “Liturgy and Mission” in 1987, and served as head of the Liturgy Commission of the north East India Regional Bishops’ Council.

Fr. Vellankal, 58, was a Salesian priest born from Kerala, India, who had served as a parish priest in the Diocese of Oakland since 2001. He wrote a book in 2005, “From Humor to Inspiration: Jokes, Reflections and Quotes to Enliven Your Day.”

Funeral arrangements for Archbishop Jala and Fr. Vellankal are pending. Catholics in Shillong are praying each day at 5:30pm at the Cathedral of Mary Help of Christians as they await the return of their late archbishop’s mortal remains.