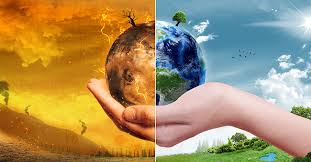 More than two decades ago, the Catholic Church hierarchy, beginning with the Pope has framed climate change as a moral issue involving ‘the future of God’s creation.’

On 1st January, 1990, Pope John Paul II delivered his World Day of Peace message to Catholics around the world, and for that year’s address he lamented a “widespread destruction of the environment.” World peace, he warned, was threatened not only by arms, conflict, and injustice, but by “a lack of due respect for nature.” John Paul II’s message on that day pointed to a worldwide ecological crisis, and while it did not mention climate change by name, his references were clear. “Industrial waste, the burning of fossil fuels, unrestricted deforestation, the use of certain types of herbicides, coolants and propellants: all of these are known to harm the atmosphere and environment,” he said. “The resulting meteorological and atmospheric changes range from damage to health to the possible future submersion of low-lying lands.” The late Pope’s words came shortly before The First Assessment Report of the Intergovernmental Panel on Climate Change, IPCC, in 1990, which itself warned that “anthropogenic climate change will persist for many centuries.”

This year, 2021, the IPCC released another assessment report which suggests that there haven’t been proper interventions to reduce carbon emissions. Again this year, there was COP26 where youth climate activists across the globe voiced out their worries and concerns on the consequences of global warming/Climate Change. What are our leaders going to do about this? Addressing the U.N. climate summit with his pen rather than in person, Pope Francis called on the world leaders to demonstrate “political will” and stop deferring the action required to avert the worst catastrophes of climate change.

Can we do something by ourselves before our leaders take some actions? Yes! We can, and we have to do it now!

Pope Francis’ second encyclical- Laudato si has a subtitle on “care for our common home”. In it, the pope critiques consumerism and irresponsible development, laments environmental degradation and global warming, and calls all people of the world to take “swift and unified global action.”

In November, 2021, the Ghana Catholic Bishops’ Conference (GCBC) expressed commitment to partnering the Government to address national environmental challenges. The Conference, as part of the pledge to protect the environment, launched a one million tree planting exercise in April 2021 to support Government’s Green Ghana project aimed at planting five million trees in a day across the country.

You and I need to protect the environment, and we must start creating that awareness. We must preach Climate Change.

Let’s protect the environment, preach Climate Change and this world will be a better place for us and for our offsprings. 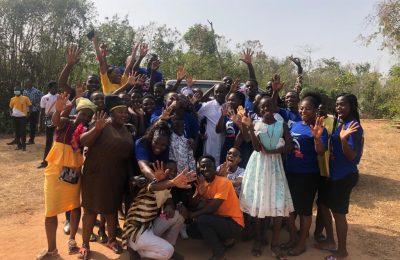