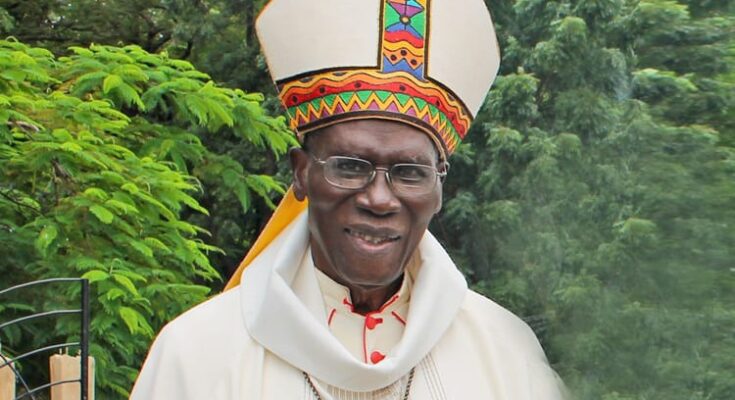 Most Rev. Gregory Ebo Kpiebaya, Archbishop-Emeritus of Tamale has returned to his maker.

According to a letter sighted by Radio Angelus news, signed by Most Rev. Philip Naameh, the Metropolitan Archbishop of Tamale, dated 31st May 2022 said the Emeritus Archbishop passed on “in the early hours of this morning, 31st May 2022, at the Tamale Teaching Hospital.

The letter also stated that the funeral and burial arrangements will be announced later.

May the soul of the Emeritus Archbishop and the souls of all faithful departed, through the mercy of God, rest in peace.

Share this
Previous Post" ACT IN SUCH A WAY THAT ONE WILL SEE THAT AT LEAST THERE ARE STILL GOOD PEOPLE ON EARTH " Next PostI THANK VATICAN FOR MY ELEVATION — MOST REV. BAAWOBR