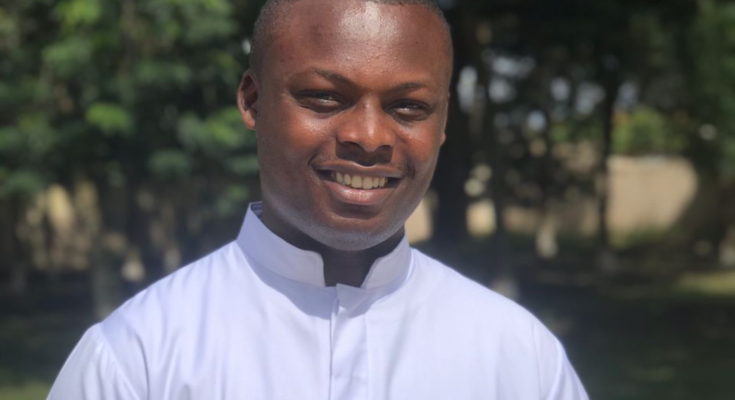 Taking reference from this post, I do not attempt to underestimate the fact that “we need to be good, that one may see and say that at least there are still Good people living on this planet.”

I even think it should go beyond mere fact that, one may come to know that there are good people still living. I think we just have to be Good.

After creation, in the Genesis account, has come to an end, God asserted that all that he has created is good, this implies man is naturally good, therefore no doubt of the necessity for one to be good. (Gen. 1:31)

From the philosophical point of view, Plato in his discourse on knowledge and ethics said, “one who knows good life or thing will act accordingly and not immoral way” That is to say that, it is not enough just to know but to put the knowledge into practice.
Morally speaking, coming to know the truth (God) is not enough than to act.

Kant said, “knowledge is that which has been put into practice.” So there is no reason that, we, humans, knowing Good should do things contrary to God’s nature. In fact we can’t do anything best than to be good to ourselves and others.

But, what is happening? We through our actions have formed people into beast and turn to look for good people🥺. Can one give what he or she doesn’t have.

Do we then by this post saying man was created bad that he or she now needs to act in a good manner for others to know that there are good people in this world.

This discourse would be look at using the rational analytical method from philosophical, theological and sociological perspectives.

Philosophically, Socrates is known to have said, “an unexamined life is not worth living.” Therefore, as people take a step back to look at certain things they have done for people and what they have received in return, they may have to amend their ways.

An ancient philosopher Thrasemacus said, “before one harms you do it first to that person”, yes this view seems harsh but the world today pushes people to do exactly that. The world has been in more subjective self-centered way. So everyone is protecting him or herself. As the saying goes, God for us all😊 each one for him or herself.

Friends change is always constant as Heraclitus said. Therefore one may change for good or bad depending on how you treat him or her.

A scholar has said give a dog a food and it will never forget you but give a man a food and in a twinkling of an eye he will forget you.

Theologically, God has given as a just law which states, ” do unto others that which you want them to do to you.”(Lk. 7:12) You don’t treat others as a scumbag and expect them to treat you well, only few human beings may ignore but many will dance to the tune of the music. The law of Moses was to invite his people to avoid doing bad to the other. (Matt. 6:38-48)Jesus present it in a refined way saying just be good that one may be good to you. Don’t do what you dislike and expect good in return, that is the golden rule. ( Lk. 7:12)

Jesus in his ministry was expecting an appreciation after healing the ten lepers ( Lk. 17:11 )in the literary sense if Jesus needed appreciation how much more human.

Situating the sayings of Jesus in this context that no sign will be given you except that of Jonah,(Matt. 12:39) I say that no good will be done to you since you misused the opportunity you had earlier.

From the sociological perspective, in the exchange theory we come by a concept which is “Donner’s fatigue ” one gets tied when he receives the same reward always or receives none after doing something for the other.

When fatigue sets in, one may not do it again. Only few people persever when they are tired and drop, when there is no energy.

Let us not put people to get tired of us and later on begin to expect good from them, thinking there are no good people on earth.

In fact there are a lot of good people. Do not see yourself as more human than the other and expect anything good from him or her.

Ubuntu philosophical term which states “ you are because I’m and I’m because you are.” encourages us to see ourselves as social beings.

Friends God loves us and has called us to do same by helping a brother to love us as he loved us or doing good to the other.

Friends, Jesus Christ is the yardstick, he said love one another as I have loved you (Jn. 15:12), when people force you to go a mile with him, go with him two miles. We can’t just afford to be bad because we were treated badly.

Though it is said we are not to be influenced by what others do, it’s necessary you don’t cause a scandal or tempt or arouse or seduce one to sin. Don’t misinterpret what Jesus said and treat people anyhow.

God loves us as who we are let’s us love for God is love.