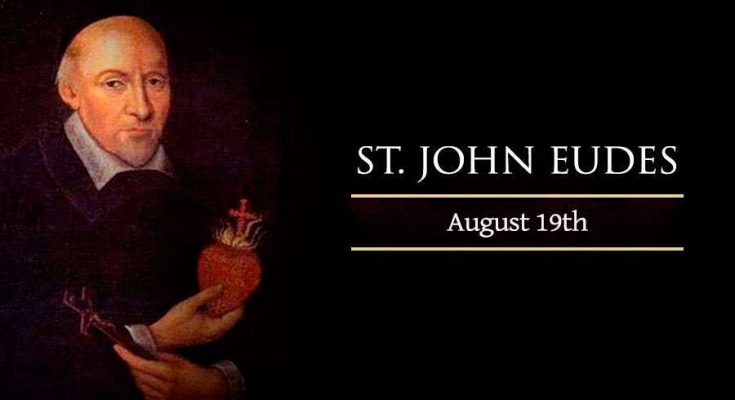 John Eudes was born in France, on November 14, 1601. As a priest he was full of zeal for the salvation of souls. During a plague in Normandy, John spent two months ministering to the sick and dying.

For the following ten years he was engaged specifically in giving missions among the people.

A Bishop said of him, : “I have heard all the best preachers in Italy and France, but I have never heard anyone who touches the heart so deeply as does this good Father”.

John also founded the Sisters of Our Lady of Charity to labour for the welfare of penitent women. He wrote a famous book titled “Devotion to the Adorable Heart of Jesus”.

Pope Leo XIII recognised him as the author of the liturgical devotion to Sacred Hearts of Jesus and Mary.

Happy feast day to all John. St John Eudes, pray for us.