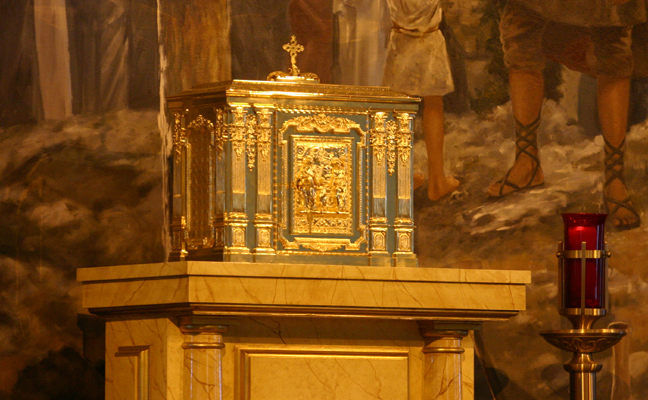 The incident occurred in the early hours of Monday when the thieves broke into the church building and stole a tabernacle containing the Holy Eucharist.

Kamfinsa Dean, Fr Ferdinand Banda, said thieves also went away with two church speakers and an electric Genset. The Genset was later found abandoned in a nearby maize field.

“Yes, it is true; they stole the Tabernacle in the early hours of (Monday night). They entered the Church at St. John’s Kamfinsa. We reported everything to the Police in Kamfinsa,” said Fr Banda.

Share this
TAGTabernacle
Previous PostNarcissism : A lent duel Next PostCardinal Turkson appointed member of the Administration of the Patrimony of the Apostolic See