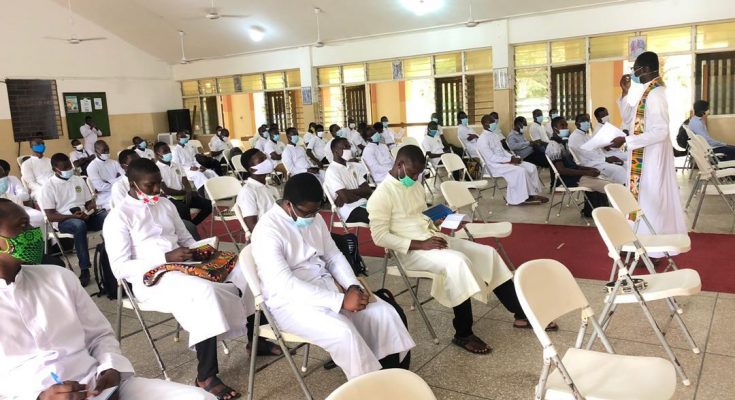 You have been set apart for mission – seminarians urged

Seminarians in the Archdiocese of Accra have been reminded of their basic call to mission in this 21st century.

Speaking at a brief seminar to kickstart a seven-week ongoing formation program for seminarians in the Archdiocese, Rev Fr Alphonse Bulloro, urged the young aspiring priests to be mindful of the fact that they have each been called and set apart for mission by the Holy Spirit, just as in the case of Paul and Barnabas (as contained in the Acts of the Apostles chapters 13 and 14). 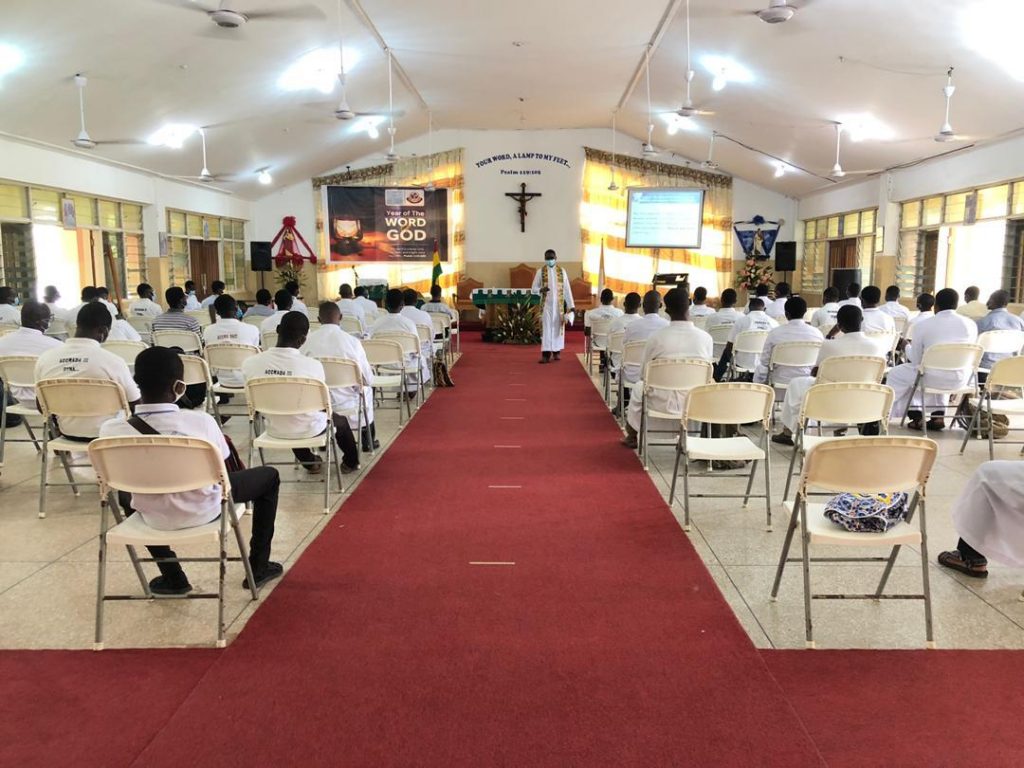 Speaking on the theme, “The role of the Holy Spirit in the mission of Paul and Barnabas, and in the mission of the 21st century seminarian,” Fr Alphonse drew the attention of seminarians on what mission entails using Paul and Barnabas as a model. He reminded them that mission, being sent, must begin with ourselves and those close to us, reiterating the popular saying, “charity begins at home.” We must first evangelize ourselves in order to evangelize others.

Participants during the seminar came out with some innovative ways of embarking on mission in this 21st century and most especially in the face of Covid-19. One of these means is the periodic use of social media networks such as WhatsApp, Facebook, Twitter and YouTube.

Other means identified include periodic phone calls to check on parishioners, the use of text messages to convey biblical texts, the use of branded covid-19 souvenirs to convey the gospel message, and home visitations (keeping in mind all the safety covid-19 protocols).

The program which took place at the Youth Formation Centre at Lashibi marks the beginning of several activities outlined to keep seminarians in the Archdiocese busy during this covid era.

Speaking to the seminarians after the talk, Rev Fr Januarius Akpabli, the Vocations Director and Youth Chaplain of the Catholic Archdiocese of Accra was optimistic these seven weeks will be instrumental in the lives of seminarians in the Archdiocese. He stressed the fact that this idea was fully supported by the Archbishop and encouraged all seminarians to take active part in all the programs outlined for the period. 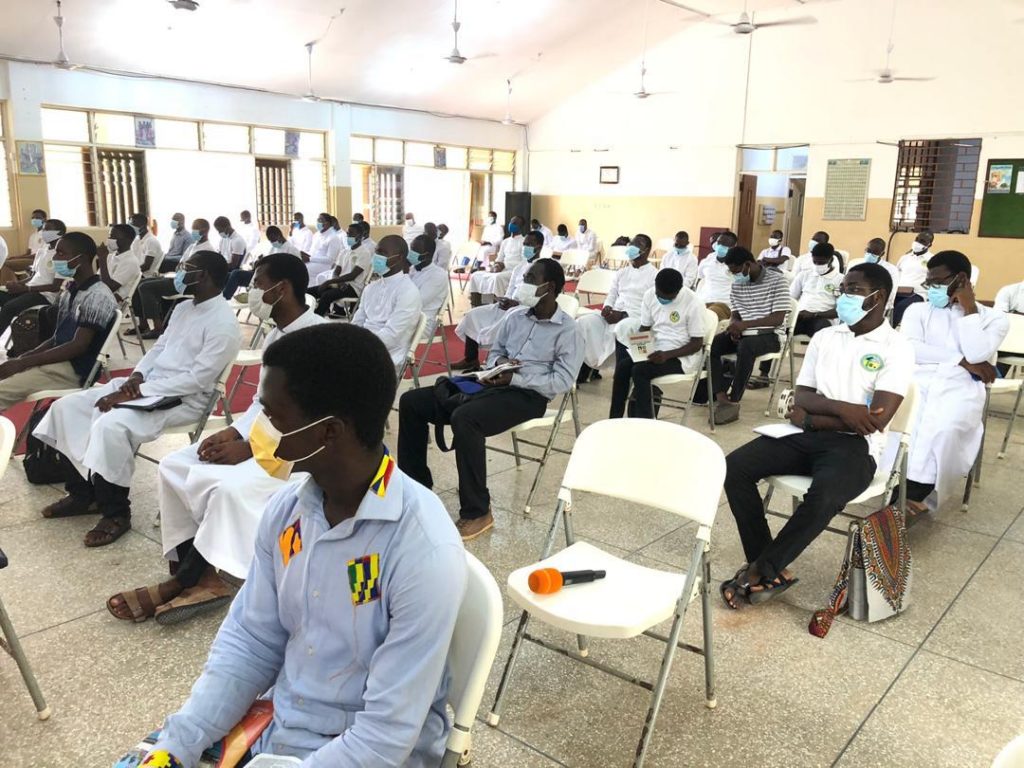 The seminar also provided a platform for the seminarians to share their thoughts regarding the upcoming National Elections. The seminarians in the Archdiocese were unequivocal in their quest and desire for peace before, during and after the elections. They called on the youth especially, to be circumspect in their comments and not to allow themselves to be used to foment trouble during this year’s elections.