Home World News Why we pray during a global pandemic 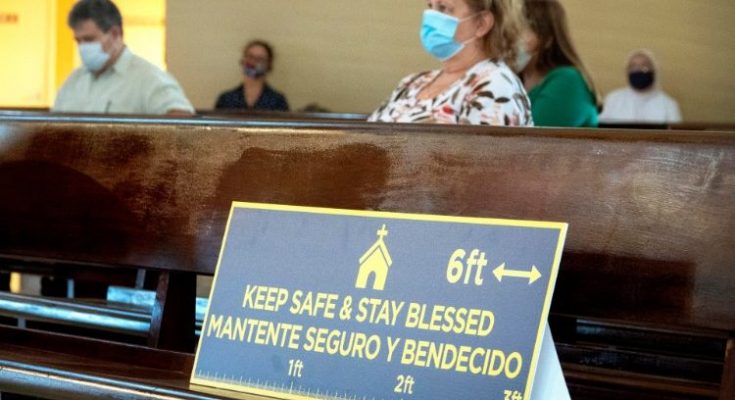 Why we pray during a global pandemic

During times of great uncertainty, small moments of meaning inevitably emerge that invite us to think differently about our present situation.

One of those moments was captured in a recent photo of two men praying. Look closer and you see that one man is a Jew, the other a Muslim, and both are paramedics in Israel. One can hardly discern the crushing pressure and unbearable sorrow these two professionals likely have experienced. But there they are together, united in a shared mission, and centered in a place of peace before they voluntarily resume another heartbreaking day on the job.

It is not unusual for people to turn to prayer during hard times. A University of Copenhagen economist recently found that more people are practicing “religious coping” as Internet searches for prayers set a five-year record last month. Hard times certainly are not the exclusive province of prayer. Many people pray with gratitude for the abundance in their lives including a good job, a healthy body, a close group of friends.

While we encourage the practice of prayer to God every day, we nonetheless welcome the resurgence in prayer — even if driven by hard times. It’s often during adversity when prayer becomes most valuable to its practitioners. When the walls seem to be closing in, forcing us to reckon with our mortality, prayer can free us by creating space allowing us to find peace about how we should live out the time we have on this Earth. While the phrase “Don’t just stand there, do something!” is true, we believe the inverse also is true: “Don’t just do something, stand there in prayer!”

As an age-old practice, prayer is both widely recognized and, at the same time, deeply misunderstood. Some have used prayer as a prop, desiring merely an outward appearance of piety; others have used it as a bludgeon to question the piety of those they’ve never met. Indeed, if prayer is confined to a mere spectator’s sport, its meaning, purpose, and benefits never will be known or realized.

A good way to understand prayer is to see it as a prism in that something truly unique is discovered depending on how it’s observed. Prayer helps us to get to know ourselves better and helps us work on our many flaws. But prayer also helps us turn away from ourselves to focus on the needs of others. It helps humble us through acceptance of the reality that we have much less control over events in life than we realize. It also reminds us that, while we are free thinking and free acting individuals, our choices can and do impact the broader community to which we belong. Crucially, prayer helps us to act and become the people we are called to be. As Mother Teresa once said: “Prayer in action is love and love in action is service.”

As religious leaders of diverse faiths, prayer helps reveal answers to questions that weigh on us. Admittedly, the answers we seek sometimes are not readily clear. When this happens, our prayers continue. And through our prayers, we realize that a straight line seldom exists between the questions we are confronted with and the answers we desire. What becomes important is to stand there in prayer.

As people across the nation research lists on the Internet to keep them busy while sheltering in place, it is our earnest desire that prayer helps show people how to live out their time on Earth, part of which includes acting in solidarity to give aid and comfort to those who are suffering.

The Muslim and Jewish paramedics seen praying in the photo never imagined delivering their services during a global pandemic. And yet they find the courage to get up every morning and continue to serve those in need. They run the risk of getting sick and even dying. But they find the grace to pray and the strength to do the work. They know that people are depending on them.

For these two paramedics, and all first responders, for medical workers, for elected officials, for the sick and their families, for those who died, we continue to pray.