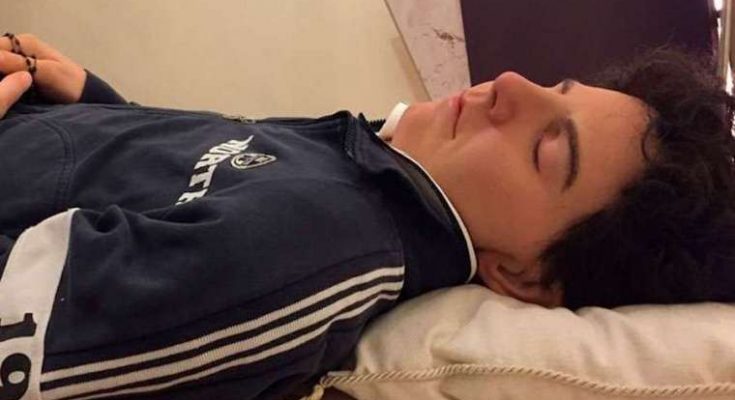 Who was Carlo Acutis?

Carlo Acutis, a Catholic Italian teenager who died in 2006, will be beatified Oct. 10 in Assisi.

Acutis, a gamer and computer programmer who loved soccer and the Eucharist, has been the subject of interest around the world. So who was Carlo Acutis? Here’s what you need to know:

Who was Carlo Acutis?

Carlo Acutis was born May 3, 1991, in London, where his parents were working. Just a few months later, his parents, Andrea Acutis and Antonia Salzano, moved to Milan.

As a teenager, Carlo was diagnosed with leukemia. He offered his sufferings for Pope Benedict XVI and for the Church, saying “”I offer all the suffering I will have to suffer for the Lord, for the Pope, and the Church.”

His cause for canonization began in 2013. He was designated “Venerable” in 2018, and will be designated “Blessed” October 10.

So, he was pretty holy, huh?

From a young age, Carlo seemed to have a special love for God, even though his parents weren’t especially devout. His mom said that before Carlo, she went to Mass only for her First Communion, her confirmation, and her wedding.

But as a young child, Carlo loved to pray the rosary. After he made his First Communion, he went to Mass as often as he could, and he made Holy Hours before or after Mass. He went to confession weekly.

He asked his parents to take him on pilgrimages — to the places of the saints, and to the sites of Eucharistic miracles.

There was fruit of Carlos’ devotion in his life. His witness of faith led to a deep conversion in his mom, because, according to the priest promoting his cause for sainthood, he “managed to drag his relatives, his parents to Mass every day. It was not the other way around; it was not his parents bringing the little boy to Mass, but it was he who managed to get himself to Mass and to convince others to receive Communion daily.”

He was known for defending kids at school who got picked on, especially disabled kids. When a friend’s parents were getting a divorce, Carlo made a special effort to include his friend in the Acutis family life.

And he promoted Eucharistic miracles, especially through a website he built to promote them.

On the site, he told people that “the more often we receive the Eucharist, the more we will become like Jesus, so that on this earth we will have a foretaste of heaven.”

When Carlo got sick, his life of faith increased. He was intentional about offering up his suffering for the Church, the pope, and for people who were suffering with illness.

And he was a gamer?

Here’s what we know: Carlo loved playing video games. His console of choice was a Playstation, or possibly a PS2, which was released in 2000, when Carlo was nine. We know he only allowed himself to play games for an hour a week, as a penance and a spiritual discipline, but he wanted to play much more.

Here’s what we don’t know: What games he liked to play. Tony Hawk Pro Skater 2? Gran Turismo 3? We’re pretty curious, and if CNA finds out, we’ll report it.

He was also a programmer, and, as we mentioned, built a website cataloguing and promoting Eucharistic miracles.

Carlo also apparently liked sports and the outdoors. But, well, a lot of saints liked soccer. How many liked playing Kingdom Hearts? (or whatever game he liked to play.)

And was his body incorrupt?

Initially, there were reports that the body of Carlo Acutis was found to be incorrupt.

A spokeswoman for Acutis’ beatification told CNA that the entire body was present when it was exhumed, but “not incorrupt.”

“Today we … see him again in his mortal body. A body that has passed, in the years of burial in Assisi, through the normal process of decay, which is the legacy of the human condition after sin has removed it from God, the source of life. But this mortal body is destined for resurrection,” Archbishop Domenico Sorrentino of Assisi said at a Mass at the opening of the tomb Oct. 1.

He will, however, lie in repose in a glass tomb where he can be venerated by pilgrims until Oct. 17. He is displayed in jeans and a pair of Nikes, the casual clothes he preferred in life.

And his heart, which can now be considered a relic, will be displayed in a reliquary in the Basilica of St. Francis in Assisi. His mother said that his family had wanted to donate his organs when he died, but were unable to do so because of the leukemia.