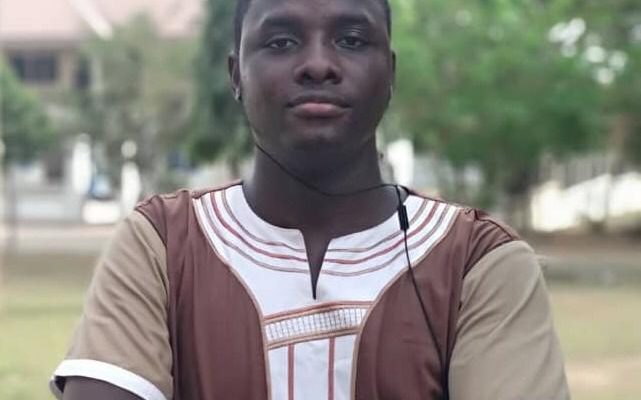 Where lies the African man’s seriousness? When the Whiteman is thinking about how to make life possible on a different planet, the Blackman is still blackmailing planet earth, scavenging everywhere in frantic such of non-existent mineral resources, visiting mayhem on water bodies, virgin forests, and all. When the Whiteman is thinking of how to build world peace through ecumenism and integration talks, the Blackman is still carrying out xenophobic attacks on fellow blacks and questioning the nationality of fellow countrymen!

Where lies our seriousness as a continent? Today’s Africans refuse to take a cue from the likes of Dr. Kwame Nkrumah, George Padmore, Dr. W.E.B. Du Bois, Malcolm X, et al. who defied all odds to positively alter world history. Today’s African youth want everything freely and effortlessly delivered to them on a silver platter, forgetting that when God fed the Israelites in the biblical days with the heavenly Manna, they still had to toil. African youth of today forget that Africa’s independence was fought and won by many young people such as 26-year-old Sekou Toure, 27-year-old Nnamdi Azikiwe and 32-year-old Kwame Nkrumah.

African scientists and health-practitioners keep belittling their intelligence and competence, always harbouring inferiority complex whenever they see their White counterparts, forgetting that an African (an Ewe from Ghana), Dr. Raphael Armattoe was in 1948 at age 38, a runner-up for the Nobel Prize in Physiology. African lecturers and teachers feel inadequate and ‘useless’ compared to their White counterparts. They forget that in the 18th Century already, there lived the African (an Nzema from Ghana) who gave lectures in Greek, Latin, French, Dutch, and in other languages in all Europe, and who happened to have taught the great German Philosopher Immanuel Kant (no university student who offers Philosophy can avoid learning about him (Kant)). His name? Wilhelm Anton Amo (1703 – 1756).

I dare say today’s African seems to be an expert only in chieftaincy and land disputes, religious extremism, tribal/ethnic bigotry, political violence, bribery and corruption, and indiscipline. These aside, Africa is still engulfed in filth/dirt. No one seems to care. We forget that, as the Indian sage Mahatma Gandhi once said, “Sanitation is more important than independence. A clean body cannot reside in an unclean city”.

At the foot of his grave at the Arlington National Cemetery, US President John F. Kennedy’s famous dictum is inscribed: “My dear American, ask not what your country can do for you, ask what you can do for your country.” Instead of repeatedly pillaging our continent’s meagre coffers and still asking for more, let us heed to Kennedy’s advice, constantly asking what little quota (widow’s mite) we too can bring to the common table to further the cause of Africa! Africa, unite! Africa, arise! God bless!