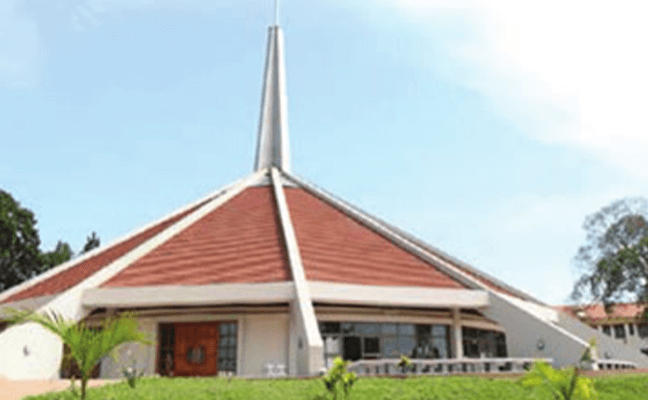 The Holy Father Pope Francis has approved an application that was presented by the Archbishop of Kampala,  Most Rev. Cyprian Kizito Lwanga to elevate Munyonyo Church to the status of minor Basilica.

The official announcement was made in the morning of Monday, July 29 during a Mass held at the Church by Cardinal Robert Sarah of the Sacraments and Divine Worship from the Vatican who is in Uganda to attend SECAM’s golden jubilee.

It is worth noting that the Church is located at the spot were the “Mytrs of Uganda” were killed.

A minor Basilica is a church granted with special ecclesiastical privileges by the Holy Father.

The status is usually given to churches because of their antiquity, historical value, architectural worth and significance as centres of worship.

The first Basilica title in Uganda was granted to Blessed Virgin Mary Church in Londonga, Northern Uganda in 1961. During the visit by Pope John Paul, Namugongo Shrine was also raised to the rank of minor Basilica. Now the shrine in Munyonyo will be the third with such a title in the country and 23rd in the Continent.