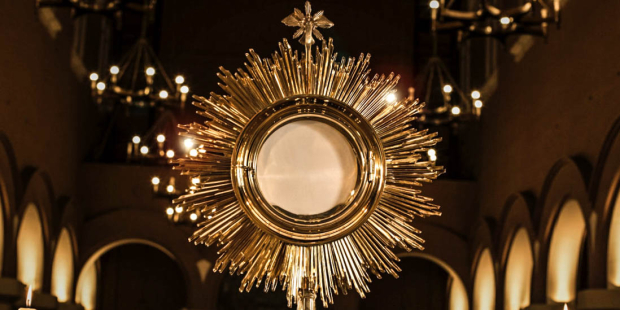 November 23 set aside for adoration ahead of World Eucharistic Congress

Catholics in Ghana, as part of the spiritual preparations ahead of the World Eucharistic Congress in Budapest, Hungary, are expected to embark on a one hour Eucharistic adoration on November 23, which happens to be the eve of the Feast of Jesus Christ, King of the Universe, Angelus News can report.

A letter addressed to all Bishops, Priests, Religious and Lay faithful on the invitation, sighted by Angelus News, say ”As part of the spiritual preparation of the Catholic Church towards the 52nd International Eucharistic Congress (IEC2020) scheduled for September 2020 in Budapest, Hungary, we are invited to organize and participate in a ONE-HOUR EUCHARISTIC ADORATION on Saturday, November 23, 2019. the eve of the Feast of Jesus Christ, King of the Universe.” 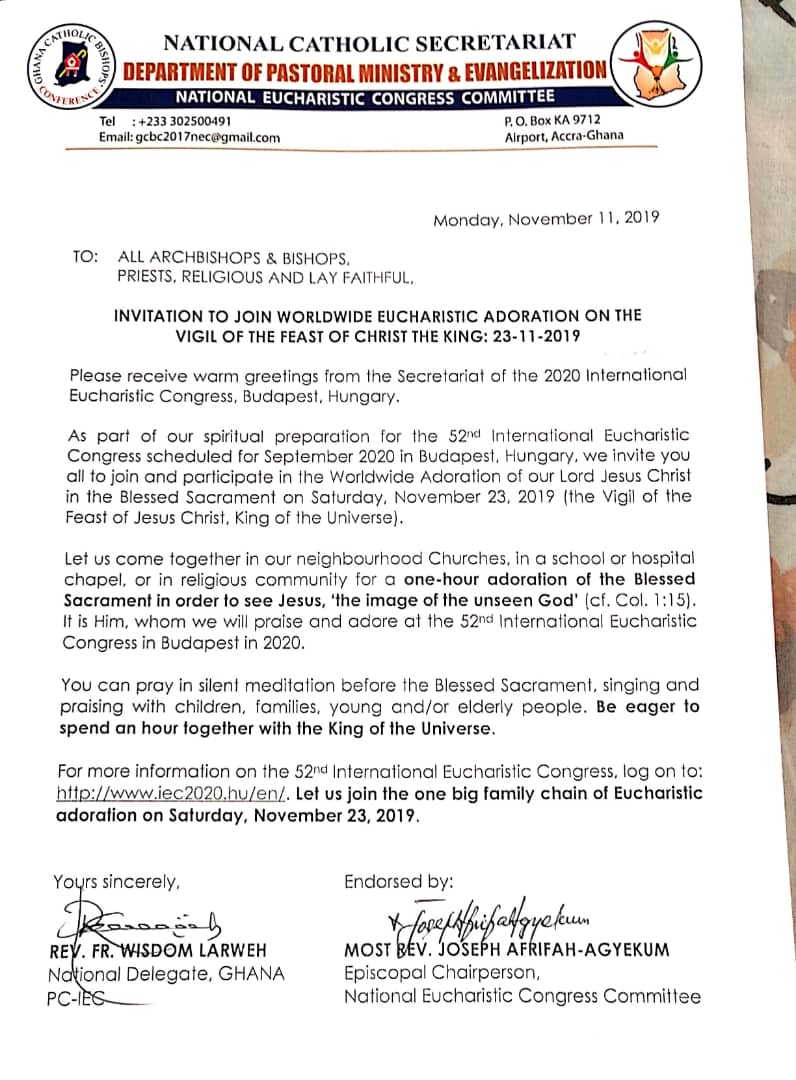 This is the second time that Hungary hosts the International Eucharistic Congress, with the first one also held in Budapest in 1938.

A Eucharistic Congress is a gathering of clergy, religious, and laity to bear witness to the Real Presence of Jesus in the Eucharist. These gatherings bring together parishioners and religious from all over a Diocese, country or the world.

It brings to bear witness to the Real Presence of Jesus in the Eucharist, which is an important Roman Catholic doctrine. Congresses bring together people from a wide area, and typically involve large open-air Masses, Eucharistic adoration (Blessed Sacrament), and other devotional ceremonies held over several days.