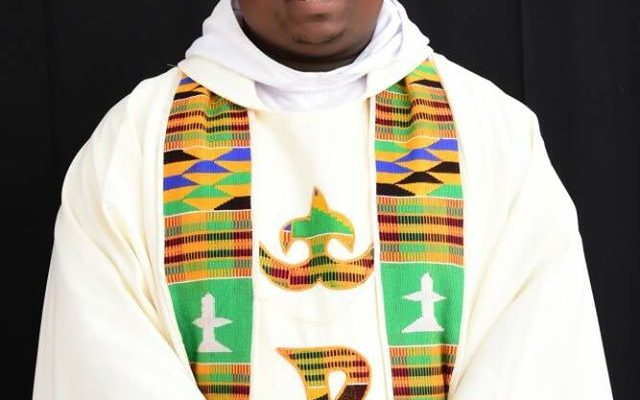 On the streets, I had no teachers, no mentors, no one to teach me right from wrong. I accepted life as it came because when you live to survive, your virtues are not much. Sooner than later you realize that the vices keep you going than virtues. But I thought to myself, what was the point? I came to be better, so if I end up being worse, then what was the whole point of coming? If it was about being bad that I came, I might as well do that in my village.

Given the choice, I would not have lived life on the streets, but there was nowhere to go and no relatives to take me in.
I was abused by the first few people who offered to help me on the streets. They took the little money I came with and left me with nothing. They took my clothes away and left me at the mercy of the cold. When I asked why such barbarism, I was laughed at and told this is the norm of the streets. Only the strong and cunny survive. In a matter of days, I lost my innocence and beautiful ideas about life after these encounters. It was a do or die affair.

Determined to make good my defects, I encountered unlikely teachers. I was taught by hunger to respect even a cup of water being offered to me. The cold on the street taught me that when people are absent in your life, there is a kind of cold that no cloth can take away. Relationships, therefore, became very important. I had to value the right judgement and kill false perception.

Simply because you could see from the faces of those you encounter that they think everyone on the streets is a criminal. A perception that was more dangerous than cancer. Hunger was not my choice, at least from the village I came from, food was in excess. Hunger was imposed upon me by the hardness of my own life. There was no one to call me home so even at night when I have covered myself to the best of my knowledge, the desire of wanting to be part of a family outside the streets was always my prayer.

My father once said ’. what is left of a man at the end of the day, is not what he inherited from the past, but what he was able to make of himself given all the challenges one could think off’. Gradually, I came to understand the language of the street. You either move and shine or you are crushed and trampled upon. Because of this, I chose survival that I may not be crushed. By my outward circumstances, I was not ready but then I told myself that – how a man looked while he thought had nothing to do with what he could become tomorrow. I encouraged myself that the past did not really matter, that if the future was going to be it depended on me.

Little by little, from the hard work of the little things I sold on the streets, I came to raise a little money to buy myself a radio. After acquiring that, I did myself the favour that I would only listen to channels where they spoke English, after all, I was already good in two of the local languages. As a boy from the village, if I would matter to the people in the town, I had to speak their language and make sense to them. I, therefore, made it my life mission on the street to listen and speak the best of English. As always, with a firm conviction, I told myself, if it was going to be, I had to play a ninety-five per cent (95%) role in my success story.

Soon I moved from listening to the radio to try to read old newspapers. Little by little I got used to the ropes and I developed the courage of speaking ‘City English’ as a boy from the village. Not too long afterwards I earned a name for myself among the ‘street dwellers’. They teasingly called me ‘professor’.

Between beginnings and ends, there is a story that many do not tell. I had a dream and instead of sleeping to smile at the dream, I woke up to make it a reality. I was born without a ‘golden spoon in my mouth’, but I was from the village where all the gold in my country came from.

So I thought to myself if the sand in my village contains gold, then I could not by any human standard settle for less when I could get the most out of my life. From the ‘the son of a drunkard’ as they referred to me in the village to my new name ‘professor’, I told myself – this is progress.

As a street professor, I could not fail my people, especially because from time to time, I realized that my opinion on matters meant something to them. One time, even the older ones on the street suggested they wait for my opinion to make a decision on a matter.

A Wiseman once said it is better to spend your energy pushing someone who is already climbing than spend that energy on one who sees no reason in the climb.
The Grace of God is available to everyone, but I realized when you are doing your best, grace meets you quicker at the point of your need. Sometimes, grace takes time am told, but it is never late and it is never in a hurry. Grace made me understand that no one owed me a thing so I learnt to excuse those who offended me because I always taught to myself, everyone has one struggle or the other.

In my many dealings on the street, I met a man who left me with a good impression. After bending to polish his shoe, he looked at me with the eye of a loving father and asked me a simple question. “How much are you worth?” I smiled and told him I am worth what this well-polished shoe makes you feel when u wear them.

He smiled, then I can never pay you was all that he said. Instead of giving me money for the job, he gave me a copy of a book he himself had written. He autographed it and said, please accept this book as payment and feel free to call me anytime you wish to end your life on the streets and journey into the future with me. Before the man left he told me ‘ease hinders progress and uncertainties always demand the best of us even when the worse happens’.
Within some few hours, I finished reading the book the man gave me. The book is entitled ‘The Sun at Midnight’. After reading the book, I gathered the following lessons and told myself this man might be the springboard to my dream. :
a.If you wait for tomorrow life gets better.

b. Life owes no one so work harder.
c. You must learn to trust God no matter what.
I concluded on the note that it takes courage to make your life meaningful. I have prayed to God whom I must admit I did not really have a personal relationship with that he should help me leave the streets. The coming of this man was a clear sign from God, but I was afraid. Alas, I told myself it was time for God to show me another phase of life. While I waited for that answer, I did what was right at least by the standards of goodwill and the available virtues on the streets.

Right before me was the opportunity and all I had to do was dial the number and say the words yet in the middle of that opportunity, I panicked. I was worried about the fame I was going to lose when I leave the streets, the reputation I have built for myself and the fear of starting all over again.

What if this man was not as charming as his words and the lessons in his book? What if I was a pawn in his own intellectual game? What if his fine cloths and perfect smile was just nothing more than an act? What if he was there with a hidden agenda? With many thoughts like this, I left to sleep so that I could gather wisdom from my pillow at night. When I wake up at dawn, I will decide what to do.

Fast forward, at the break of dawn, I said, what do I have to lose? I have survived the streets so if this man was playing a trick on me or I was a pawn in his own game and scheme, I would survive just like I have. After all, I once heard a preacher man on the streets saying something I think came from scripture that “He who was on the ground feared no falling”

Well in my case I was not just on the ground, I was in a hole so I feared not just falling, I feared not being buried alive either. It was time to let go of the old and hold on to the new.