Home Ghana News The Woman With Many Accolades 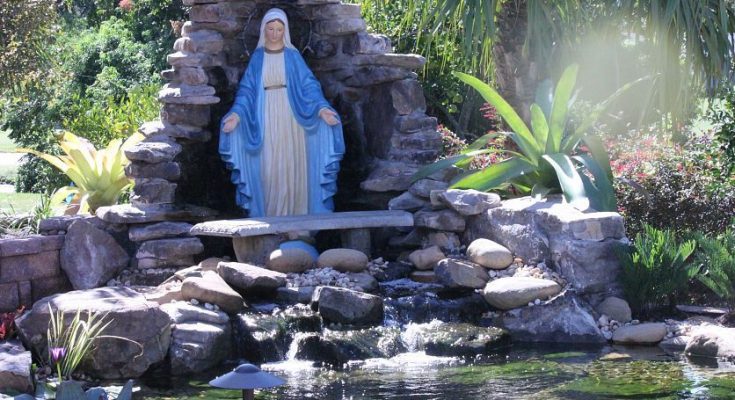 The Woman With Many Accolades

The addition of three new invocations to the Litany of the Blessed Virgin Mary seems to suggest that the wealth of our blessed mother to the church and the entire world is inexhaustible – she is priceless.

The three titles, ‘’Mother of Mercy’’, ‘’Mother of Hope’’ and ‘’Solace of Migrants’’, added by Pope Francis bring to 54 the number of titles conferred on Mary by the church.

The word litany comes from the Greek word, litȇ, which means to ask, request or petition.

However, litany in practice goes beyond just asking as it is characterised by repetitive invocations followed by responses. A number of litanies could be found in the church. Some include Litany of Mary (also known as Litany of Loreto), Litany of the Saints, Litany to the Holy Spirit and Litany to the Sacred Heart of Jesus.

The relevance of the Litany of Loreto was simplified by Cardinal Robert Sarah and Archbishop Arthur Roche in a letter to the presidents of bishops’ conferences worldwide regarding the addition of three new invocations to the Litany of the Blessed Virgin Mary.

Cardinal Robert Sarah and Archbishop Arthur Roche are the Prefect and secretary, respectively, of the Congregation of Divine Worship and the Discipline of the Sacraments. In the letter, they stated that, “through the course of centuries, Christians have been using innumerable invocations and titles to call upon the Virgin Mary, as the privileged and sure way to an encounter with Christ”.

This statement seems to resonate the divine encounter between John the Baptist and Jesus when pregnant Mary visited pregnant Elizabeth in the first chapter of Luke’s gospel verses 39 to 45. In this scripture passage Elizabeth, inspired by the Holy Spirit, declared that Mary is the most blessed of all women. Immediately after the divinely inspired speech, Mary, also under the influence of the Holy Spirit, released a statement in which was contained a prophecy concerning her, saying, “for behold, henceforth all generations will call me blessed”. Luke 1:48b. It is therefore, not surprising that popes after popes continue to invoke special names of honour upon our Mother.

Turning our attention back to the new invocations, I want to delve into what informed the addition of ‘’Mother of Mercy’’, ‘’Mother of Hope’’ and ‘’Solace of Migrants’’ by Pope Francis to the already numerous titles of Mary. Part of the letter sent to the bishops’ conferences was clear that the move was in response to the needs of our times.

However, my yearning to know more prompted me to interview Rev. Fr. Emmanuel Salifu, the Priest in Charge of St. Joseph the Worker Catholic Church,Weija.

During the discussion, Fr. Emmanuel noted that since the assumption of Pope Francis’ papacy, his messages have focused on mercy, giving hope to the world and the need to pay attention to migrant issues.

On the issue of mercy, Fr. Salifu recalled that Pope Francis declared a period of one year from December, 2015 to November 2016 as the extraordinary Jubilee Year of Mercy with the motto, ‘’Merciful like the Father’’.

In opening his papal bull Misericordae Vultus, the Holy Father stated that ‘’Jesus Christ is the face of the Father’s mercy’’. To make his declaration have the desired impact, the Pope asked the church to preach the mercy of God noting that the mercy of God is bigger than any kind of sin.

Fr. Emmanuel Salifu, also, hinted that the pope drew some inspirations from a book written by Cardinal Walter Kasper, titled ‘’Mercy, the Essence of the Gospel and the Key to Christian Life’’. Walter Kasper is a German Roman Catholic Cardinal and theologian. He is also President Emeritus of the Pontifical Council for Promoting Christian Unity. So you see what could have influenced the bishop of Rome to decorate Mother Mary, ‘the Mother of Mercy’. What about mother of Hope, what informed this title?

According to Rev. Fr. Emmanuel Salifu, in the year 2020 Pope Francis saw the need to give hope to the world as a matter of need and urgency. The message of hope was, especially, crucial for a world that was down with a pandemic, COVID 19. Fr. Salifu did not mince words when he noted that the entire role of the Virgin Mary in the Salvation history was about restoring hope to a hopeless generation. Do not forget that after the annunciation it required that Mary would say yes to the message of her becoming the mother of our Saviour and her yes was so emphatic, “Behold, I am the handmaid of the Lord; let it be to me according to your word.” With this in mind it was just appropriate that Pope Francis could count on the intercession of the tabernacle of hope for the eradication of COVID 19, hence the title, ‘Mother of Hope’.

Finally, let us look at Mary as the Solace of migrants. Rev. Emmanuel Salifu indicated that migrants and refugees issues also became so dear to Pope Francis that he created a sub-department on migration issues within the Dicastery for Promoting Integral Human Development headed by Cardinal Peter Appiah Turkson. When the world celebrated the 105th World Day of Migrants and Refugees on September 29, 2019, Pope Francis celebrated Mass for the intentions of migrants and refugees. In his message, he reminded Christians that migrants and refugees should be welcomed around the world. This and other moves by the pope are proves of how passionate he is on issues concerning migrants and the fact that all human beings should be treated with dignity.

Fr. Salifu added that Pope Francis could count on the intercession of Mother Mary considering her own ordeal when she had to seek refuge in Egypt with Joseph and the child Jesus after King Herod launched a campaign to kill the baby Jesus. The priest, further, indicated that for the Pope to call mother Mary as the refuge of migrant is an admission that Mary knows how it feels like being a migrant seeking refuge in another man’s country.

When I asked what Fr. Salifu’s favourite title was, he said he loved ‘’Mary, Mother of God’’. He described the title as the oldest and the summation of all the invocations. He is, especially, moved by the fact that the Mother of God accolade tells us who Jesus is and an acknowledgement that Mary is always a figure pointing to a her son, Jesus.

To conclude my write up, I wish to reiterate that Mary is priceless to the church and the world. I, therefore, call our attention to the fact that one way to celebrate Jesus and our salvation is to honour his Mother. In this month of Rosary, let us remember to join our church communities and families to pray the rosary and be meditative on the Litany of Loreto.