Home Ghana News The Spirituality of a Diocesan Priest 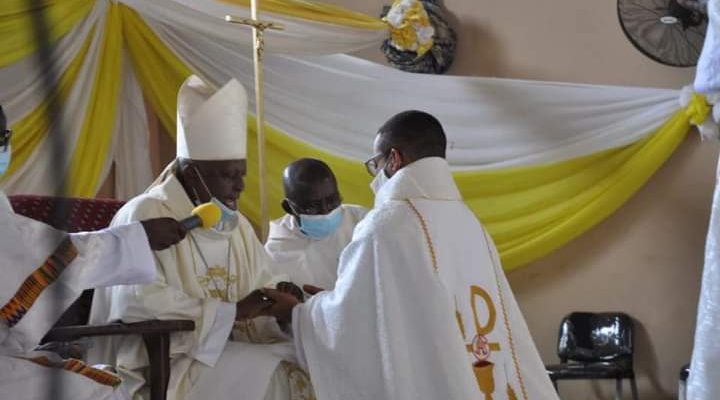 The Spirituality of a Diocesan Priest

Pope Francis intimated sometime back a three-fold spirituality of a diocesan priest. His spirituality is who he is: he is a father, a son and a brother.

A diocesan priest is a father for he is called to be a shepherd over his flock and in that image he participates in the image of God as a Father. 1 Cor 4:15 states: “Even if you had ten thousand guardians in Christ, you do not have many fathers, for in Christ Jesus I became your father through the gospel.” This is the calling of a diocesan priest. He has no right to call himself a father if he does not imitate and take his image from the Heavenly Father (cf. Matt 23:9). This spirituality is linked to his vow of chastity for the love of a priest must be as pure as the love of a father for his children.

He is a son because he is first a child of God and he must not forget that. This spirituality is linked to his vow of obedience: “Son though he was, he learned obedience from what he suffered” (cf. Hebrew 5:8). In his obedience he exercises his sonship through his relationship with his bishop and superiors. A priest loses himself when he becomes disobedient, for it lies in his very calling to be a son and a “son” of God for that matter. Finally, he is a son to many parents who are in the parish. In this he demonstrates his spirituality through humility.

He is a brother for he is called to live a communal life with his other brother priests. A diocesan priest who isolates himself from the brotherhood is calling for disaster upon himself like eve did when she wondered in the Garden without Adam. The book of Hebrews 10:25, states “Let us not give up meeting together, as some are in the habit of doing, but let us encourage one another—and all the more as you see the Day approaching”. This is connected closely with his vow of poverty for he is called to live a simple life that others through him may simply live.

Adding my voice to that of Pope Francis, I believe above all the priest is a lover. If he is in persona Christi, then his life is modeled after Jesus the bridegroom who came to marry his church. His ability not just to love the people but to fall in love with them is key to living true life of celibate chastity, obedience and poverty where he makes himself all things to all people that he might through the grace of God lead some to salvation (cf. 1 Cor 9:22)