Home Ghana News THE SEMINARIAN IS NOT A SEMI-PRIEST 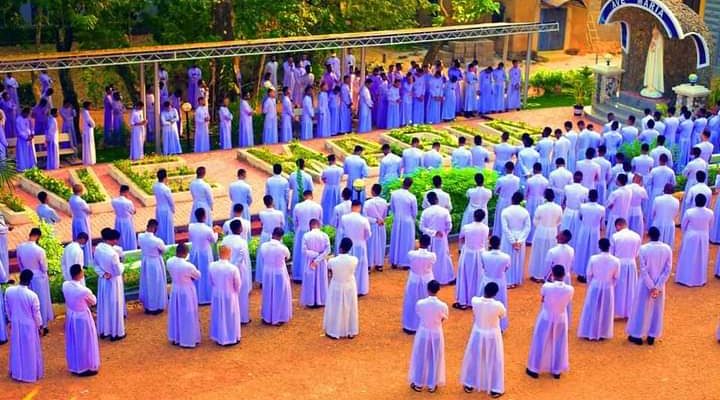 THE SEMINARIAN IS NOT A SEMI-PRIEST

The first question that came to me upon penning this down is, “what is a seminary?” It comes from the Latin word “seminarium” which means “plant nursery,” or “breeding ground.” Invariably, the seminary is “seedbed.” It is the seedbed of the Catholic priesthood, a place where seeds are natured to grow into maturity. But before any seed can grow, it must first have a firsthand encounter with the soil; it is the meeting of the seed and the soil that gives impetus to growth. In this case, God is the soil, the candidate is the seed. Furthermore, the seminary is a laboratory where not only the intellect is form, but most importantly, the heart is formed. The hearts of men who though Christians, are formed to become pastors of souls.

• A change of attitude

• A change of mind

• A change of heart

• A change in values

• A change in belief systems

• A change in dress code

• A change in speech

• A change in philosophy of life

While do most candidates lose focus of their identity sometimes? They have come to see the seminary as merely an institution where degrees are acquired, but they forget that in the seminary, the candidate must be ready to offer the mystery of his life to the mystery of the Divine; because the vocation is not his, it is the Lord who calls. In fact, the vocation to the priesthood is a mystery that even the priests themselves cannot unravel. So in the seminary, the seminarian must be prepared to meet the Lord everyday and to be ready for those changes required of him, including changing his philosophy of life. As a formator and Vocations Director for few years of my priestly ministry, I always remind the candidates that the priest is:

In the words of Pope Francis, the four pillars of seminary training are: “spiritual, intellectual, community and apostolic,” all these must be embraced by the candidate. When a seminarian loses sight of these facts in his formation, he begins to experience crisis. Crisis are natural in life, it comes to everyone, so the seminarian is not an exemption. Sometimes seminarians encounter psychological crisis, family crisis and some of these lead to what we call ‘vocation crisis.’ In Africa, especially in Nigeria, people have come to believe that once you are the seminary, you must become a priest and some seminarians live with this concept and they think to themselves as “semi-priests.” Such beliefs for any seminarian might lead him to despair if he does not make it to the priesthood. The truth is that “a priest is one who dies a priest,” because many leave the priesthood after many years of not finding fulfilment in the life. So, the seminary is not a place for semi-priests, because there is no concept like that in the first place. It is a place for vocation discernment; the long years of formation are established to help the candidate have a proper discernment. That is why the candidate himself is considered as the first agent of formation. The formators are only there to accompany.

The candidate after discernment should be able to either be docile to formation and to the mystery of the Lord by accepting the required changes and transformation or should be ready to take the bold step to move on with life. Hence, the seminary is not a refuge for those who lack the courage to get on in life after proper discernment. So, if the candidate is not willing to follow the path and embrace the right attitudes, changes and experiences, it is better to have the courage to seek another path where he can find fulfilment and happiness.

The fear of the stigma of our society over those who do not succeed as priests by now should be considered archaic. The truth is that God calls some men to the seminary whom in actuality he did not call to become priests. Probably he called them to deepen their faith and encounter. God leads us one step at a time and he leads us to understand where he is calling us. So, applying and been admitted into the seminary formation does not automatically make one a priest, because the seminary is a place for discernment. The beautiful thing is that the seminary experiences never lives a man who passed through it, the system ends up making a lifelong impact on the individual. So, let it be known today, that “God calls some men to the seminary, whom he did not call to become priest.” The good news is that most great men we have in the world today are “ex-seminarians.” So, they were called into the seminary not to become priests, but probably to gain a style of leadership quality.