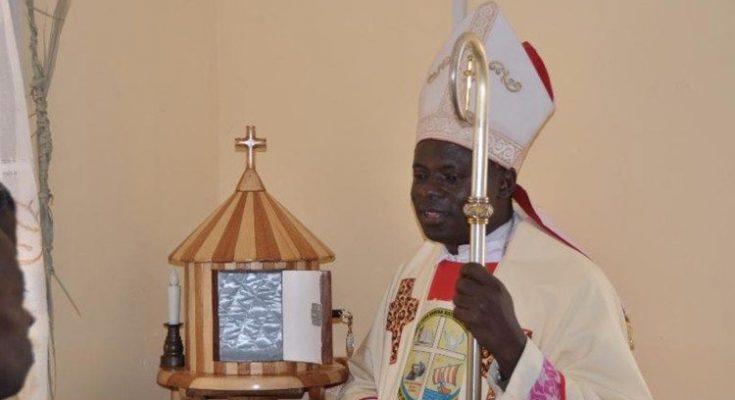 The Catholic church in Tanzania has warned of a surge in Covid-19 infections and fatalities in the country, contradicting President John Magufuli’s narrative that “there was no corona.”

In a letter on Tuesday, Bishop Gervas Nyaisonga of the Tanzania Episcopal Conference (TEC) said the church had seen a rise in funeral services, attributing it to “a possible new wave of coronavirus infections”.

His government has not published data about coronavirus cases and fatalities since he declared victory over the pandemic.

Over the weekend Bishop Yuda Thadei Ruwaichi of Dar es Salaam said people had to take health measures to protect themselves.

“Covid is not finished, Covid is still here. Let’s not be reckless, we need to protect ourselves, wash your hands with soap and water. We also have to go back to wearing masks,” said Bishop Ruwaichi.

“We were used to having one or two requiem masses per week in urban parishes, but now we have daily masses. Something is definitely amiss,” TEC’s secretary Father Charles Kitima told BBC Swahili.

Reacting to the catholic church’s warning, Deputy Minister for Health Dr. Goodluck Mollel told local newspaper Mwananchi that people should remain calm and wait for directives from the government.

“We must leave this matter to scientists. Should there be any problem, the government will explain. People should continue with their usual productive activities,” said Dr. Mollel.

Over the weekend, Danish media reported that two travellers from Tanzania tested positive for the new South African variant of the virus.

Last week the UK banned all passengers from Tanzania and the Democratic Republic of Congo in a move aimed at containing the spread of the South African variant.

“Our country is not an island. We have every reason to take precautions and pray to God so that we can be saved from this pandemic,” the Catholic church letter reads in part.

Share this
Previous PostA Call to Be A True Follower Of Christ Next PostPresident Akuffo-Addo Pays A Visit to Christ the King Catholic Church, Accra