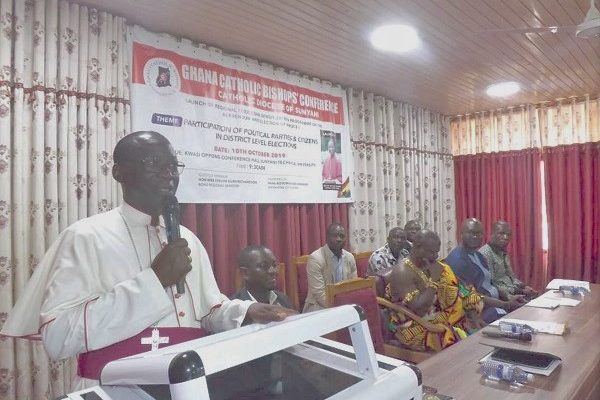 The Sunyani Catholic Diocese has launched a sensitisation programme to educate Ghanaians to understand issues about the forthcoming referendum and district level elections.

The programme is in line with the Ghana Catholic Bishops’ Conference Local Governance Project to encourage active participation of citizens in local governance and local level elections.

He, therefore, called on both state and non-state stakeholders to sensitise the people to the successful conduct of the forthcoming district level elections and referendum on December 17, 2019.

He said the Ghana Catholic Bishops’ Conference would offer support to the government, the Electoral Commission, the National Commission for Civic Education (NCCE) and other stakeholders to create awareness and understanding of issues at stake before, during and after the December 17, 2019 district level elections and referendum for the amendment of Article 55 (3) of the Constitution.

Most Rev. Gyamfi said the leadership of the Catholic Church in Ghana had followed with keen interest debates on the bill currently before Parliament to amend Article 243 (1) that would lead to the election of Metropolitan, Municipal and District Chief Executives (MMDCEs)

“We find it rather worrying that such an important exercise does not receive the level of participation in discussions leading to it”, he stated, explaining that the Catholic Diocese of Sunyani would use the programme to create a platform for stakeholders with the view to raising public awareness, interest and participation.

Most Rev. Gyamfi said the overall purpose of local governance in any democracy was that the political agenda must not lose sight of creating structures that would guarantee the political participation of all citizens for shared political responsibility.

“Active participation of citizens in governance ensures accountability, transparency and furtherance of the community development agenda”, he said.

According to him, the call by the President on Ghanaians to be active citizens rather than passive spectators required vigorous campaign to whip up the interest of all Ghanaians in both national and local governance.

Presenting a paper on “Community participation in local governance for rapid sustainable development”, a private legal practitioner, Mr Alfred Tuah Yeboah said what Articles 55 (3) and 248 of the 1992 Constitution sought to do was to take away political party flavour from every scheme of local government.

“Unfortunately, what we have succeeded in doing is the practice of hypocrisy. This hypocrisy with our local government is phenomenal and weird. We have played the ostrich”, he stated.

Mr Yeboah said it was, therefore, time for the country to hold the bull by the horn, explaining that since 1992, political parties had played partisan politics with the country’s local governance contrary to the intention of the framers of the Constitution.

“Even though the brain behind the non-partisan nature of our district assembly may be well founded, in practice, the intention has been battered and is now comatose. I dare say that there is no way this could be resuscitated except to give it a fitting burial and face the reality”, he stated.

Mr Yeboah, therefore, called for a consensus building by the two major political parties in Parliament to ensure that the needed two-thirds majority was secured for the amendment of the relevant articles to ensure partisan politics in local governance.

Touching on the appointment of 30 per cent of members of the district assemblies, he stated that since MMDCEs would be elected, it was reasonable that only elected assembly members could remove an elected Chief Executive by a vote of no confidence.

“Therefore,Article 242 (d) which gives the President power to appoint 30 per cent of all members of the assembly should be done away with”, he said, explaining that even though that could deny traditional authorities and other interested groups some form of direct representation, that was the way to go if Ghanaians wanted to elect their MMDCEs. 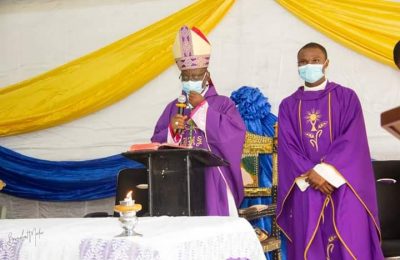