Home Ghana News Striking workers must think of the common good; not theirs alone -Archbishop Buckle 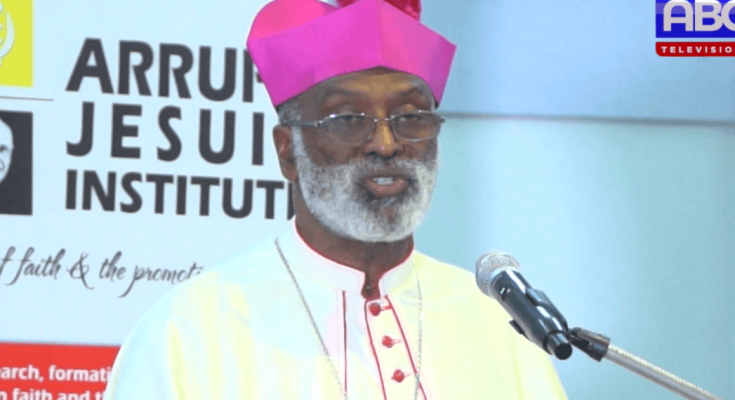 Striking workers must think of the common good; not theirs alone -Archbishop Buckle

The Metropolitan Archbishop of Cape Coast, Most Rev. Charles Gabriel Palmer-Buckle has called on all professional bodies to think of the good of all before embarking on an industrial action to demand from authorities what is due them, ABC News can report.

The Archbishop indicated that although the demands of striking workers are legitimate, they need to re-look at their decision in the “spirit of the common good.”

Citing the recent strike action by the Technical University Teachers Association of Ghana (TUTAG), he said students, for instance are the ones to directly bear the brunt of the impasse.

“In Ghana, it is not unusual that even doctors, and nurses and other healthcare workers go on strike to press home demands for better conditions of service, salaries, allowances. and even though these demands may sound legitimate, and legal, has it ever occurred to anyone of those on strike to ask who really suffers the brunt in the long run? It is the students who when the lectures have been satisfied someway, will be given packed lectures in very few weeks and in someway expected to pass their exams with adequate preparations for their professional career so that they can contribute to the development of this country,”

“As for the patient who dies or whose health is aggravated in the event of industrial action by health care workers, I leave it for your thinking,” he said.

Archbishop Buckle averred that the common good is being able to stand for what is legitimate, ethical as well as the right of others.

“My question is what is the common good that is at stake? Is the common good that of the lecturers only, or that of the students also or that of the healthcare professionals only or the sick person also, or of the government, or that of the nation or what? How can one stand up legitimately , ethically or morally for his or her rights as a lecturer or a doctor or a nurse or a civil servant entitled to adequate remuneration for a living or for the right of the student whose future is being mortgaged in such events or the life of the patient who happens to be sick when the doctors went on strike, or the good of the nation as a whole whose development is being stagnant?” he quizzed.

The Vice President of the Ghana Catholic Bishops’ Conference was speaking at a programme dubbed “Faith in the Public Sphere series” put together by the Arrupe Jesuit Institute in collaboration with the Catholic Professional Guilds at the British Council in Accra Tuesday.

The event was attended by Most Rev. John Bonaventure Kwofie, CSSp, Archbishop of Accra, Former Minister of Information Fritz Baffour, Chief Executive Officer of the Ghana Chamber of Telecommunications, Kenneth Ashigbey as well as the first CEO of the Ghana Exports Promotion Centre, Mawuena Adzo Trebarh. 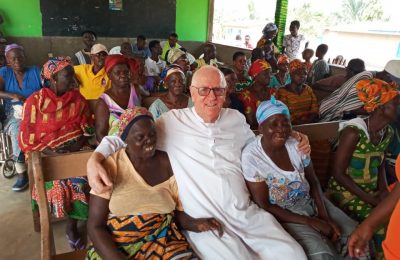