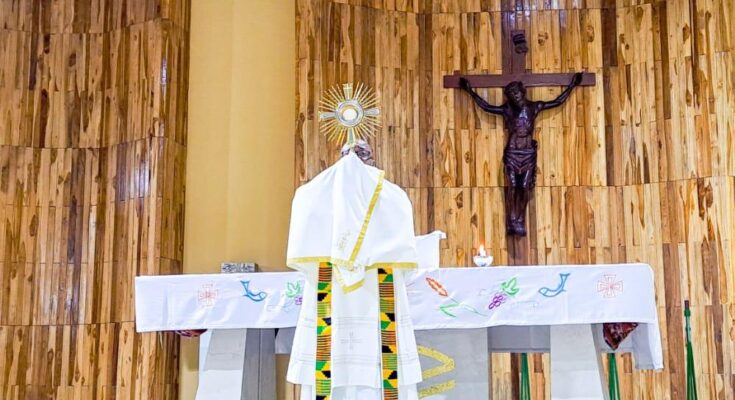 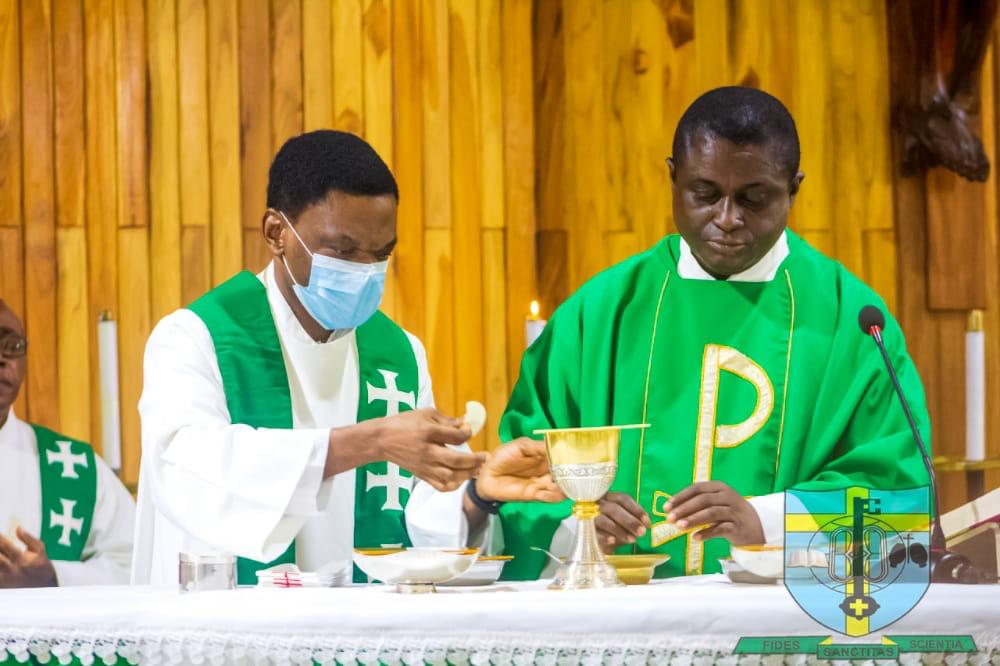 The St Peter’s Regional Seminary in Pedu, Cape Coast, has celebrated its Inaugural Mass to officially commence the 2022/2023 academic year. The Mass which coincided with the Twenty-Fourth Sunday in Ordinary Time was presided over by the Rector of the Seminary, Rev. Fr. Robert Charles Snyper, and concelebrated by four other formators including the Spiritual Director of the Seminary, Rev Fr. Eric Awortwe-Dadson. 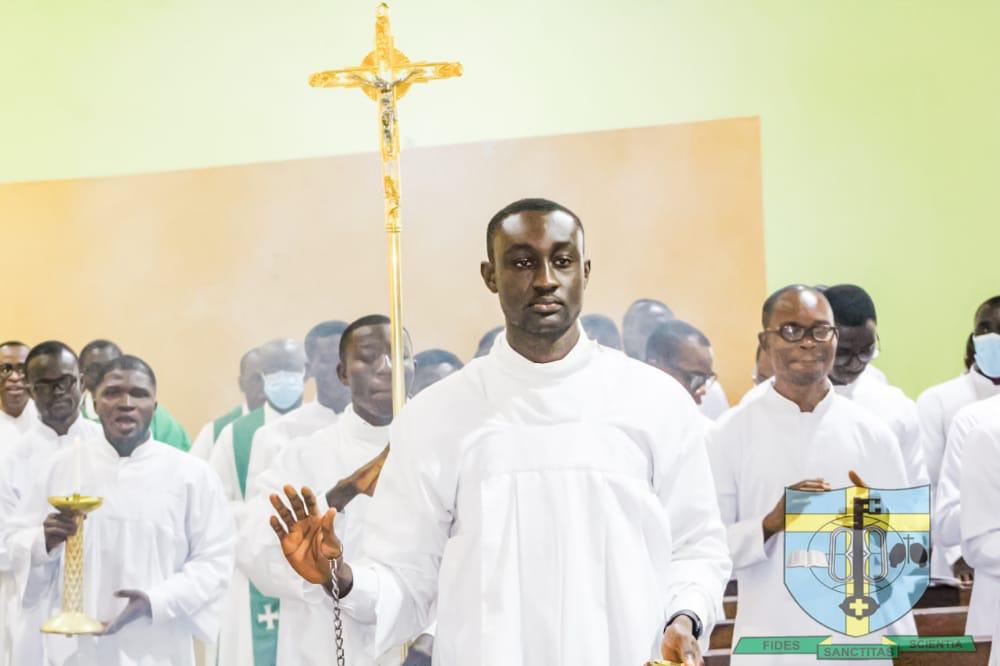 In his introductory comment, the Rector was full of praise to God for protection for all seminarians and formators, and welcomed seminarians back to school. He also announced the newest member of the team of formators, in the person of Rev Fr. Emmanuel Abbey-Quaye of the Archdiocese of Cape Coast.

In his homily, Fr. Snyper reminded seminarians and the faithful present that for God’s forgiveness we can have; however, what we do with it should be our gift to God. Speaking on the Good Shepherd who went after the lost sheep, and the woman who went in search of her missing coin, Fr. Snyper reminded the congregation that we are very important to the Lord like the lost sheep and the lost coin, hence God always goes after us, in search for us. “The insignificant part was important to the shepherd and the woman”, he added. In concluding his homily, he announced the theme for the academic year: “Making the Seminary a Synodal Community; the Role of Formators and Seminarians” (John 17:21). 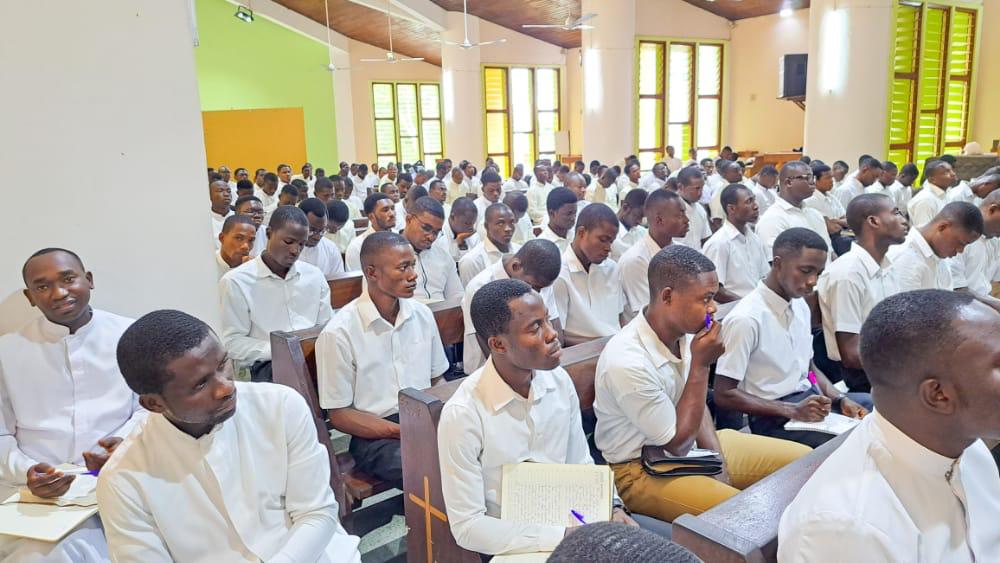 Prior to the Inaugural Mass, the seminarians had gone through a three-day retreat led by the Seminary’s Spiritual Director, Rev. Fr. Eric Awortwe-Dadson. Some of the topics touched on include, “They left everything and became his apostles”, “How to follow Christ today”, “Don’t be afraid to answer the call”, “The will of God”, and “Fraternal Correction”. Seminarians were admonished and charged to work to improve upon their spiritual lives, to embrace mental prayers and silence, the spirit of humility and prudence, among other virtues, to ensure that they build their priestly life on the solid foundation of Christ Jesus, the Rock. 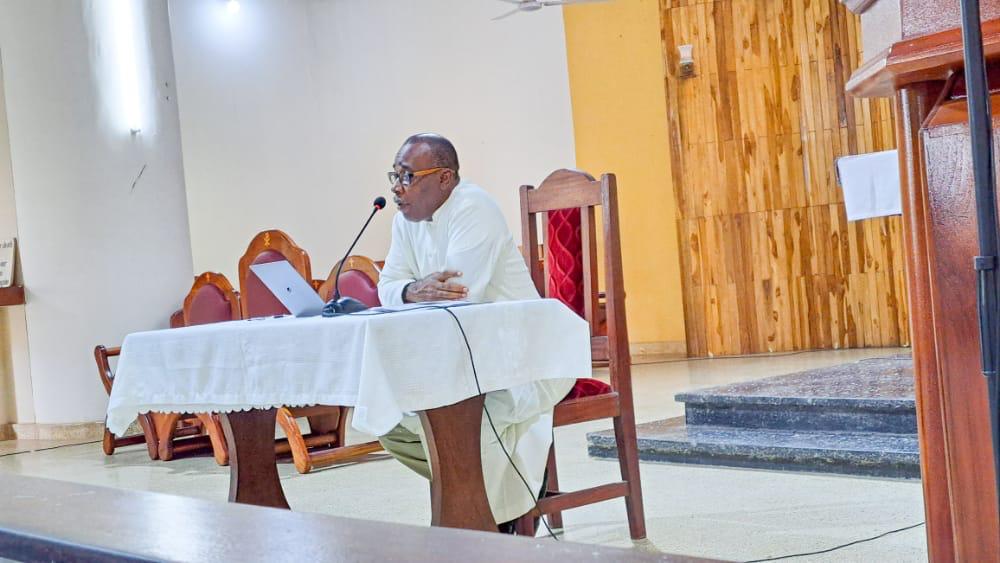