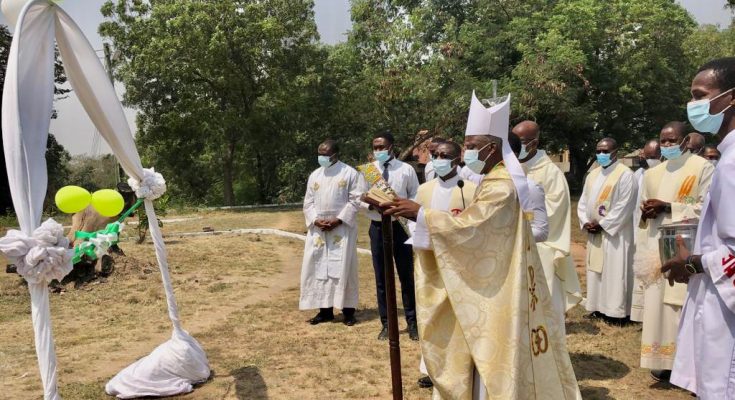 The seminary community of St Paul, Sowutuom, has celebrated this year’s feast of the conversion of St Paul in grand style. Presiding over the Eucharistic Celebration was the Bishop of the diocese of Obuasi, Most Rev John Afoakwah. The celebration was also an occasion to finally bid farewell to the former Acting Rector of the Seminary, Very Rev. Fr. Francis Lemaire, who has now assumed his new role as the Vicar General of the diocese of Sekondi-Takoradi. 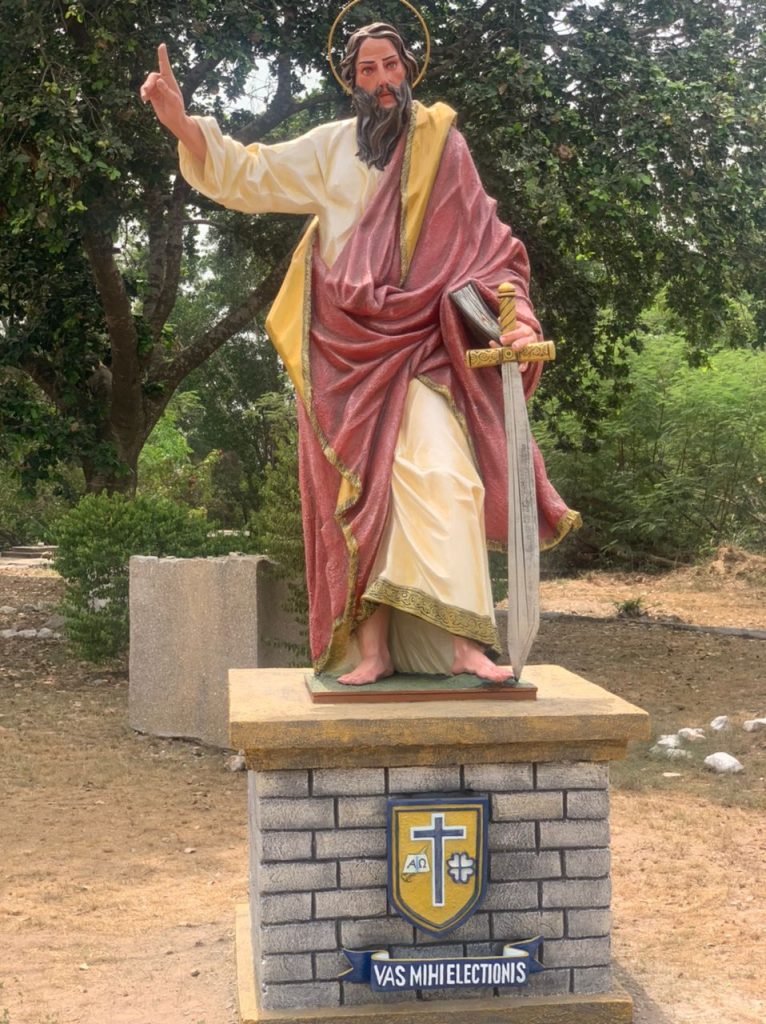 Delivering the day’s homily, Bishop Afoakwah was full of praise for Fr Lemaire who had served the seminary for over two decades, and for the entire team of formators who continue to assist in the formation of priests for the Church. The Bishop admonished Fr. Lemaire not to allow his new position to change him, but like St Paul, he should remain an instrument to be used by God to serve his people. The bishop admitted that the conversion of St Paul was one of the biggest miracles in the New Testament. However, what makes his unique is the fact that Paul was never the same after encountering Jesus; he changed for the better. This according to the bishop is the true meaning of conversion. The bishop urged seminarians to allow their seminary formation to lead them to true conversion just like St Paul. According to him, “Conversion is an ongoing journey; conversion must change our minds, our thinking, and our conversations. It must lead us to desire God, and above all, our conversion must be visible.” In short, our conversion must lead us to evangelize the world just as St Paul did. 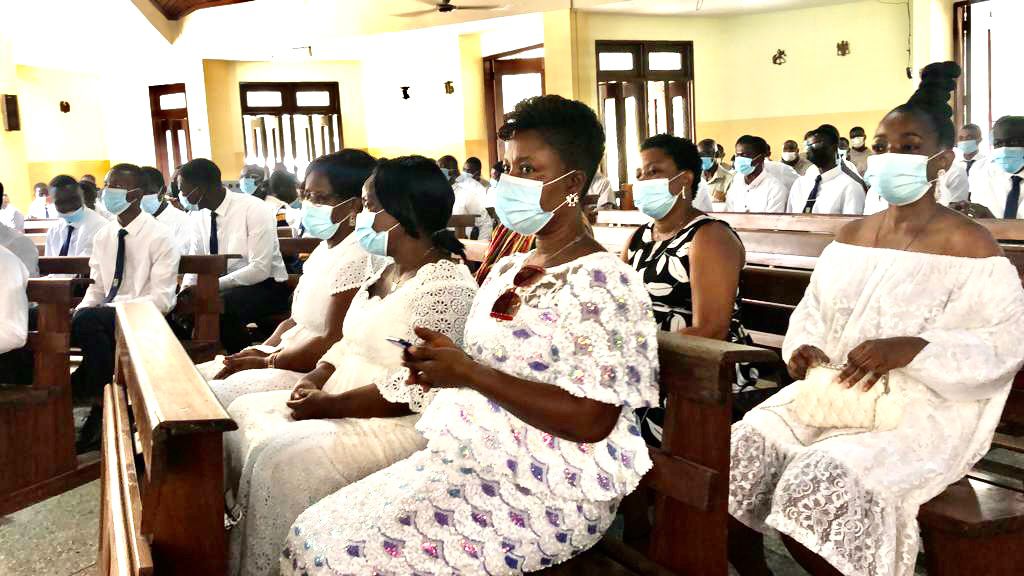 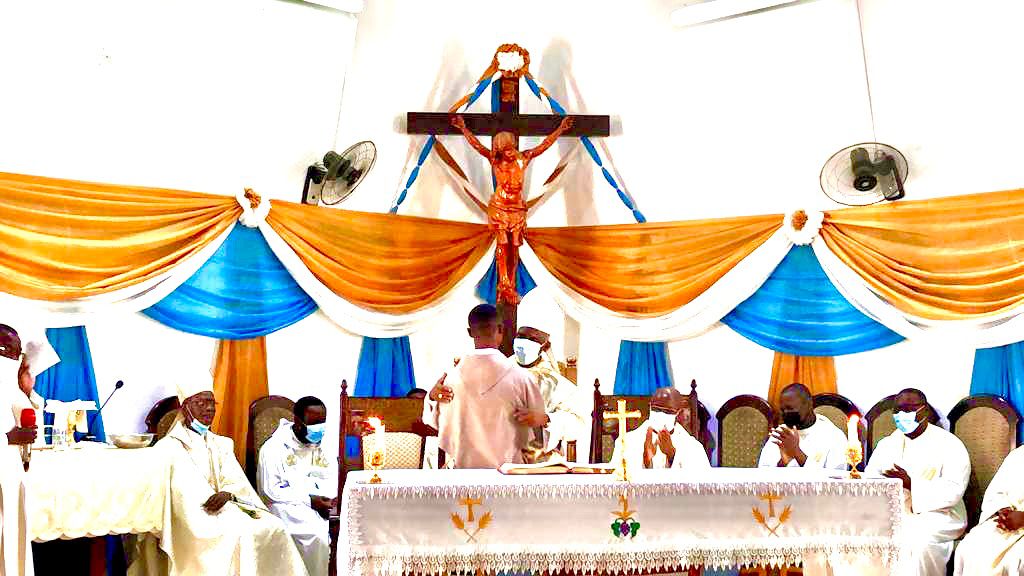 In a speech made on his behalf by Rev Fr Emmanuel Obeng-Cudjoe, Archbishop John Bonaventure Kwofie thanked Very Rev Fr Francis Lemaire for his great services to the seminary, and also to the many parishes within the Archdiocese of Accra where he helped during his stay in the Archdiocese. The Archbishop made a cash presentation to Fr Lemaire to express his gratitude and urged him to offer to all whom he encounters, the beautiful gift of love that God has filled him with. The Acting Rector seized the opportunity to also thank Fr Lemaire and to wish him well. He was further grateful to the entire staff and seminarians for their numerous sacrifices and contributions which have brought the seminary this far. 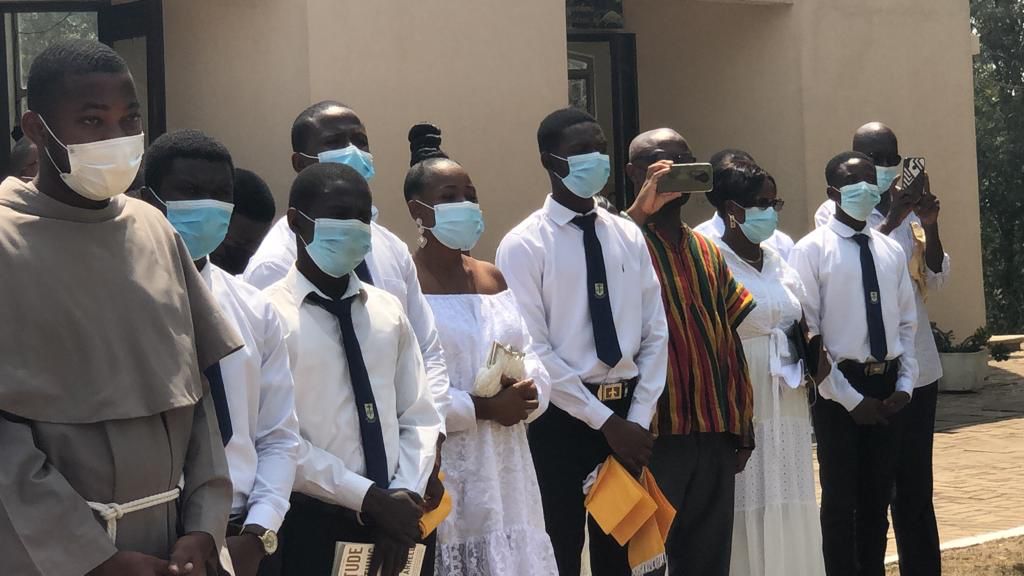 In an interaction with the acting Rector of the seminary, he enumerated some of the dreams he has for the seminary and appealed to all well-meaning people to support him in realizing these dreams. Key among his dreams for the seminary include making the seminary’s internal road network more motorable, building a Divine Mercy shrine, as well as renovating the various halls in the seminary. He would appreciate it, if friends and alumni of the seminary would step forward to help translate some of his many dreams into reality.

Share this
Previous PostSYNOD FOR MISSIONARY ANIMATORS Next PostST. KIZITO PARISH, NIMA ENDS THE MONTH OF JANUARY WITH PURE WORSHIP