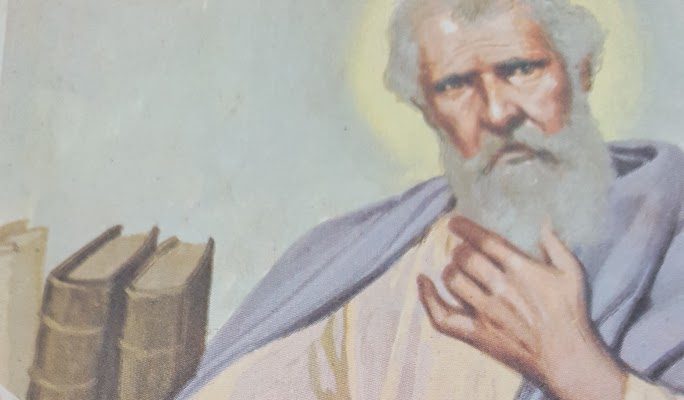 Saint of the day: St. Mark The Evangelist, Patron of Notaries

Mark was converted by Peter. He used to address him as “Mark my son”. He accompanied Peter to Rome, acting as his secretary. When Peter was writing his first epistle to the Churches of Asia, Mark joined with his own greetings, that of his faithful companion, whom he called “Mark my son”.

The people of Rome begged Mark to put in writing the accounts of Peter’s frequent talks on our Lord’s life. This the Evangelist did under the direction of Peter sometime before the year 60. He wrote the second Gospel in Greek for the Gentile converts to Christianity.

He is represented by a lion because his Gospel begins with St John the Baptist, “the voice of one crying in the desert”.

Mark also accompanied Paul and Barnabas on their missionary journey to the island of Cyprus. Later he accompanied Barnabas alone. He was also in Rome with Peter and Paul.

Mark was later sent to Egypt to found the Church of Alexandria. Here, he set up the first Christian school which became very famous.

One day Mark was seized by the heathen or pagans, dragged over stones, and thrown into prison. He was consoled by angels and the voice of Jesus before he went to his reward.

The journey of Christianity was and is still never easy to walk. But knowing what lies ahead of us at the end of the tunnel, we can pursue anything. Pope John XXIII once said “a Christian must never be afraid” and that is exactly what the early Christians did. They were never afraid to proclaim The Good News. In this trying times, when many are doubting God, are you able to stand firm in your faith? May St Mark help us to walk the Christian walk, the Catholic walk so that tomorrow someone else may have faith because of your deeds. Amen

St Mark, pray for us. Happy feast day to all Mark.