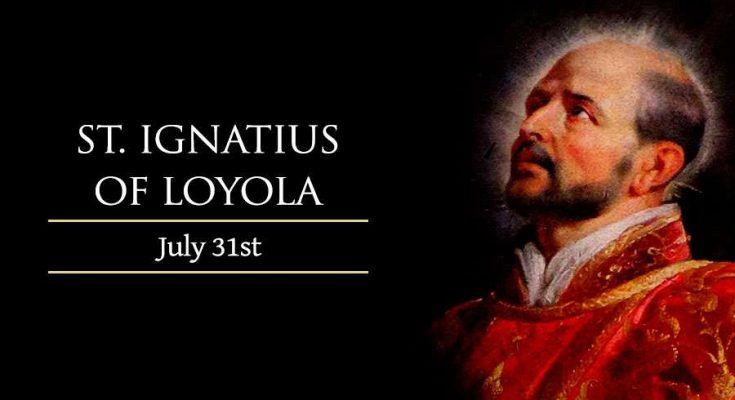 Saint of the day: St. Ignatius Loyola, Founder of the Jesuits, Patron of Retreats

Ignatius of Loyola was a soldier. His leg was badly broken and three times he had it set even though he suffered great pain, but tjust because he wanted so much to dance again.

As he lay ill in a castle, he picked up a book on the Lives of the Saints and started to read. He became interested and wondered if he could do what the saints had done.

When he left the castle, he went to confession. For almost a year he lived in a cave on the banks of a river. Here he punished himself for his sins. He fasted, prayed and took care of the poor and sick.

In Barcelona, Spain, he entered school, a man, thirty-five years old. At Paris, he formed, with his first five followers, the society of Jesus, that is, the Jesuits. This was the beginning of the Jesuits Order. Building Schools, preaching, retreats, missionary WORK and any work was to be their work, especially at a time when many were falling away from the Church. Even in America, his men began teaching the Faith to the Indians. They would do whatever the Holy Father wished.

For fifteen years Ignatius directed the work of his society. Almost totally blind, he died at the age of sixty-five on July 31, 1556.

Nothing is really impossible with God. St Ignatius, pray for us. Amen

Happy feast day to all Ignatius and Jesuits.