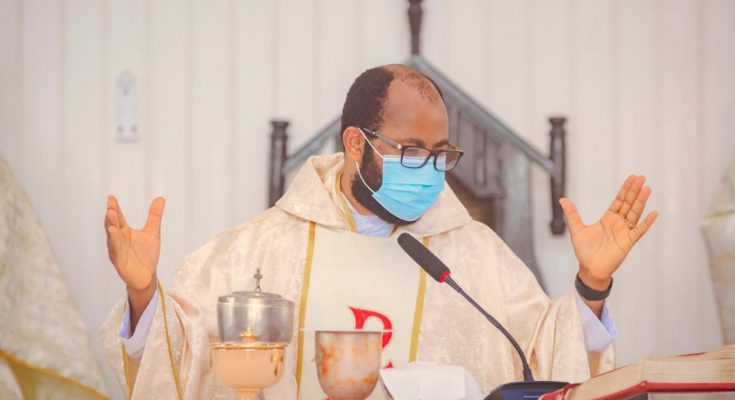 Parishioners of St. Francis Xavier Catholic Church, Kotobabi in the Accra Archdiocese, on Sunday, September 27, 2020, joined in the celebration of Holy Mass, to honour Very Reverend Father Nicholas Larsey as he brings his eight years reign as the parochial administrator and spiritual leader, to an end.

In his homily, Very Reverend Father John Neumann Tettehfio said, “Church growth and development are in two forms; growth in the lives of the people – spiritual development, and infrastructural development. When it comes to the growth of the human person and growth in the faith, deepening of the faith of existing Church members and growth in numbers, over the eight year period that Father Larsey has been here he has seen great growth in this Parish in all these sectors. We cannot attribute the success to him alone, the success he shares with each and every one of you.”

Touching on the readings for the day, he said, “There is the need for us as Catholics, especially, as followers of Christ to be individually responsible for our actions. That we cannot take decisions and when the repercussions come, we blame it on somebody else.” He again said, “When we are faced with decisions to make in respect of the “yes” that we have said, we take other decisions. It means that we have changed our minds.” This he said in relation to our responses during the holy sacrament of baptism.

His leadership ensured that the Parish got an ultra-modern Adoration Chapel, Grotto, Tabernacle, upgrading of the Chapel and Public Announcement system, a Parish car, Conference Hall for meetings, Stores, Credit Union, refurbishment of the Parish Hall, re-development of the entrance with the creation of a second entrance to complement the only one the Parish had which consequently eased traffic during movements of both Parishioners and cars during Church programs. He also helped to revamp the ‘Magnus Anassima Education Endowment Fund’ which serves as a source of funding for intelligent but needy as well as sick Parishioners. He also introduced Grotto Mass on second Saturday of every month and a program dubbed “Total Worship” to augment the spiritual welfare of Parishioners.

In his last remarks as Parish Priest, he expressed his profound indebtedness to previous and current leaderships of the Parish Pastoral Council (PPC) and all societies, groups and Parishioners whose cooperation and support have seen him chalk a lot of successes making him one of the Parish Priests whose infrastructural and spiritual imprint is indelible and unprecedented in the history of the Parish. He ended by admonishing Parishioners to put aside their differences and forge ahead in unity and live in peace. He asked for God’s blessing for all. 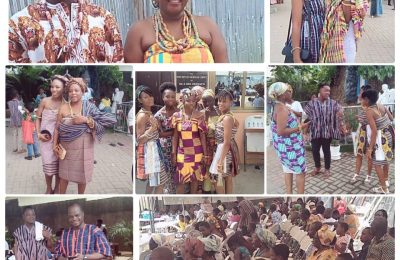