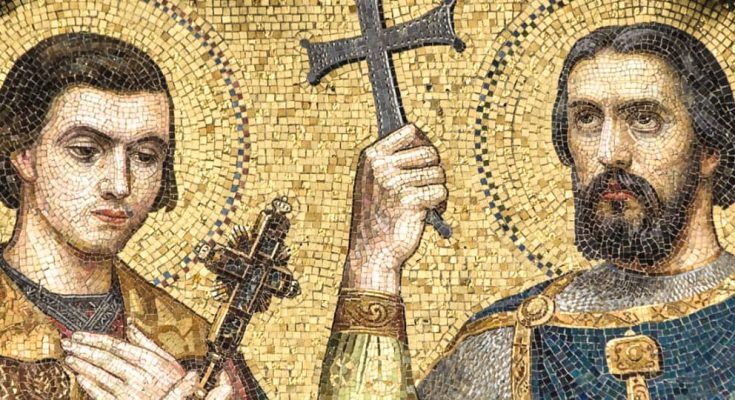 Sts Epipodius and Alexander were two Christian young men of Lyons, both unmarried and of good position. During the fierce persecution of Marcus Aurelius in that city in 178, they were arrested, imprisoned and finally brought before the governor. Their ready acknowledgement of being Christians elicited the astonishment of the governor who was well aware of the fierce tortures and executions which had already been meted out to Christians.

However, the governor was not deterred in carrying out his task. He separated them and attempted to cajole Epipodius, the younger one to abondon his faith. But the loyal youth remain unmoved and continue to profess his faith. He was then stretched out on a rack and his sides were torn by iron claws. He was finally beheaded.

Two days later, it was St Alexander’s turn. Instead of being frightened by his companion’s fate, he thanked God for his example, and expressed a firm desire to join him. He was scourged unmercifully but stood fast in the faith. Finally, he was sentenced to be crucified, and the moment his battered body was fastened to the cross he passed on to his heavenly reward.

To know God and to believe in Him is the virtual sacrifice. St Epipodius and Alexander, intercede for all people especially those who are unmarried to be able to hold firm to God’s will in their hearts and to be living examples for others to trust in God’s grace. Amen

St Epipodius and Alexander, pray for us. Amen

Happy feast day to all Alexander.