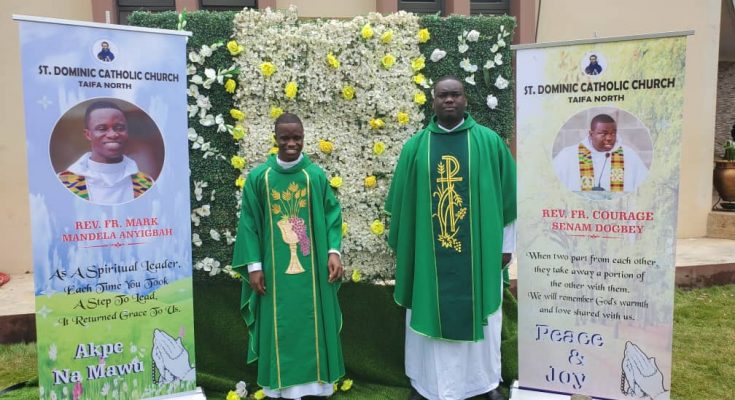 After years of service as priests assigned to the Catholic mission at Taifa in the Archdiocese of Accra, Rev. Frs. Courage Senam Dogbey and Mark Mandela Anyigba have had to bid goodbye to the faithful they have been with for 4 and 2 years respectively.

On September 20, parishioners of the St. Dominic Catholic Church-Taifa, Our Lady of Fatima-Chester Hills and St Francis Xavier-Brekusu gathered in thanksgiving to God for the lives of the priests and for the dedicated service rendered to them.

The event which brought together family and friends from far and near began with a Guard of Honour mounted by Knight and Ladies of St. John International and was presided by Rev. Fr. Mark Mandela Anyigbah. 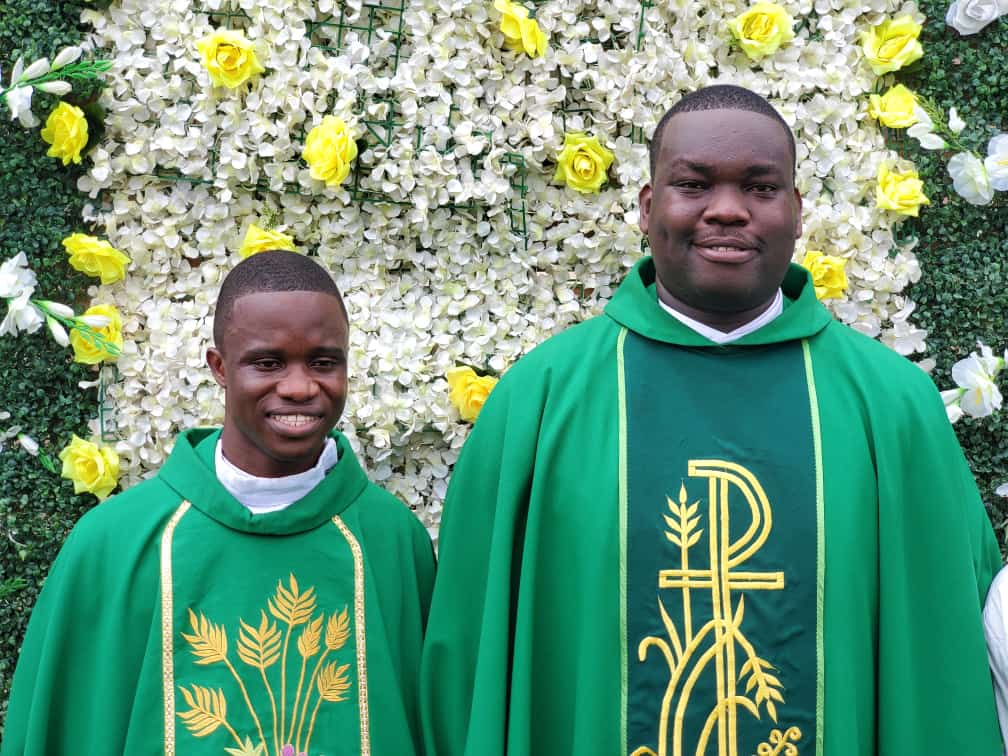 Speaking in his homily, Fr. Dogbey offered thanks to God for their lives and encouraged the faithful to give thanks at all times.

He said, God employs the Christian only when he avails himself for service. Adding that it is expedient that every Christian seek the Lord while he may be found.

He explained that it is not late to work for God. He further encouraged Christians not to compare themselves with others but live for God.

“We did our best with your cooperation. Keep praying for us. If you haven’t made yourself available, do so and don’t prevent others from serving God,” he said in his departing word.

Presenting a gift to the departing priests, Mrs. Cecilia Senoo, the PPC Vice Chairperson described Fr. Dogbey and Anyigba as sons and courageous priests who have left a remarkable mark in the parish and on the heart of many.

“He is exceptionally known for his sense of humour that cheers up everyone during mass and in casual gatherings and his daily reflections and Christ centered leadership.”

Fr. Mandela affectionately known as an angelic singer was not left out. She described him as a wonderful singing priest of our parish with a gentle nature but most importantly praised him for his powerful exultation during mass celebrations and other spiritual programmes,” she said.

Rev. Fr. Courage Senam Dogbey was ordained on 29th August 2015 from St. Sylvanus Catholic Church, Pokuase. He was appointed to St. Dominic Catholic Church where he served as the Assistant Priest for four years and later transferred to St. Peter Claver, Ada-Foah. He is currently appointed to Antigua for mission.

Rev. Fr Mark Mandela Anyigbah on the other hand, from Martyrs of Uganda, Mamprobi was ordained on 25th August 2018, a day which also marked his birthday.

Until his current appointment to St. John the Baptist-Odokor, he has since 1st October 2018 been the assisting priest at St. Dominic Catholic Church-Taifa 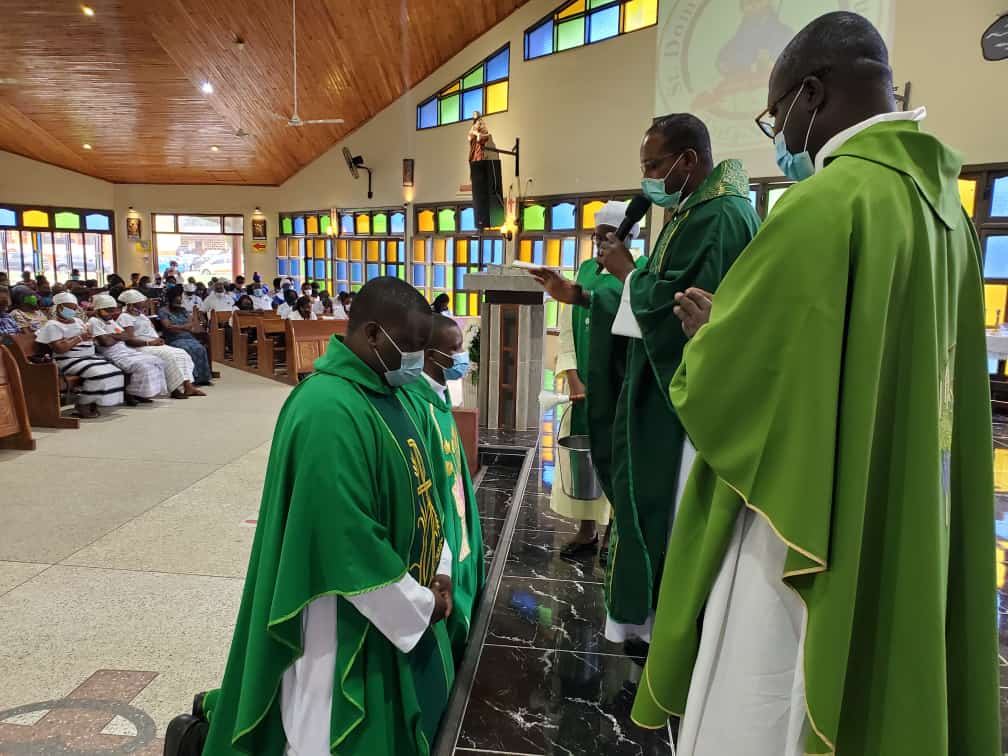 Share this
TAGCourage Dogbey Mark Anyigba St. Dominic Catholic Church
Previous PostSaint of the day: St. Matthew, Apostle Next Post"May you never be a source of scandals to these young ones" - Archbishop Palmer-Buckle 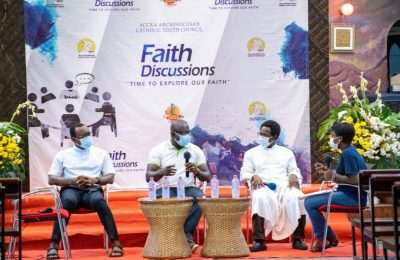 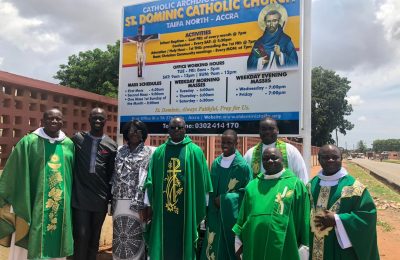 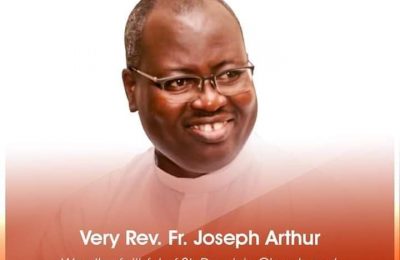