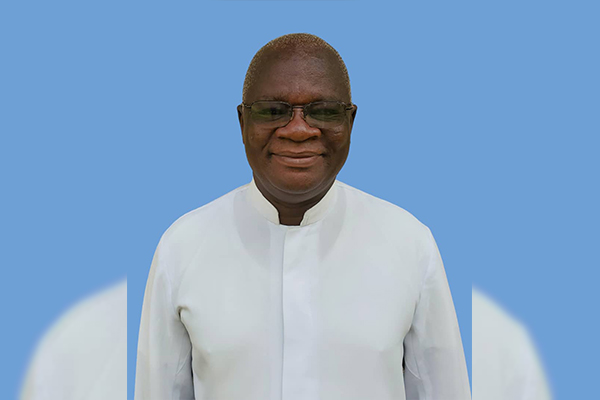 The Holy Father, Pope Francis has appointed Very Rev. Fr. John Baptiste Attakruh as Apostolic Administrator for the Catholic Diocese of Sekondi-Takoradi “with all the rights and faculties of a Local Ordinary” in a decree dated 31st July, 2020.

In a statement read by Msgr. Paval Talapka, Charge D’Affairs of the Apostolic Nunciature of Ghana, he stated that the appointment took “into consideration the difficulty for Archbishop John B. Kwofie, until now the Apostolic Administrator of Sekondi-Takoradi Diocese, to continue to administer the Diocese due to his health condition and distance from Accra.”

Msgr. Talapka expressed gratitude to Archbishop Kwofie “for the great invaluable service he has rendered to the Diocese of Sekondi-Takoradi until now” and also called on “all the Clergy, the religious and the Faithful to welcome” the new Apostolic Administrator and “give him the necessary support.”

Very Rev. Fr. John Baptiste Attakruh was born on October 1957. He was ordained a priest on 30th July, 1989. He holds a licentiate in Sacred Liturgy from the Pontifical Institute of St. Anselm, Rome. He also holds a Master of Science in Educational Administration and Supervision of Instruction.

Father Attakruh has also served as formator and lecturer at St. Peter’s Regional Seminary, Pedu, Cape-Coast. Prior to the appointment as Apostolic Administrator, he was the Director of the Diocesan Catechetical Institute of the Catholic Diocese of Sekondi-Takoradi. 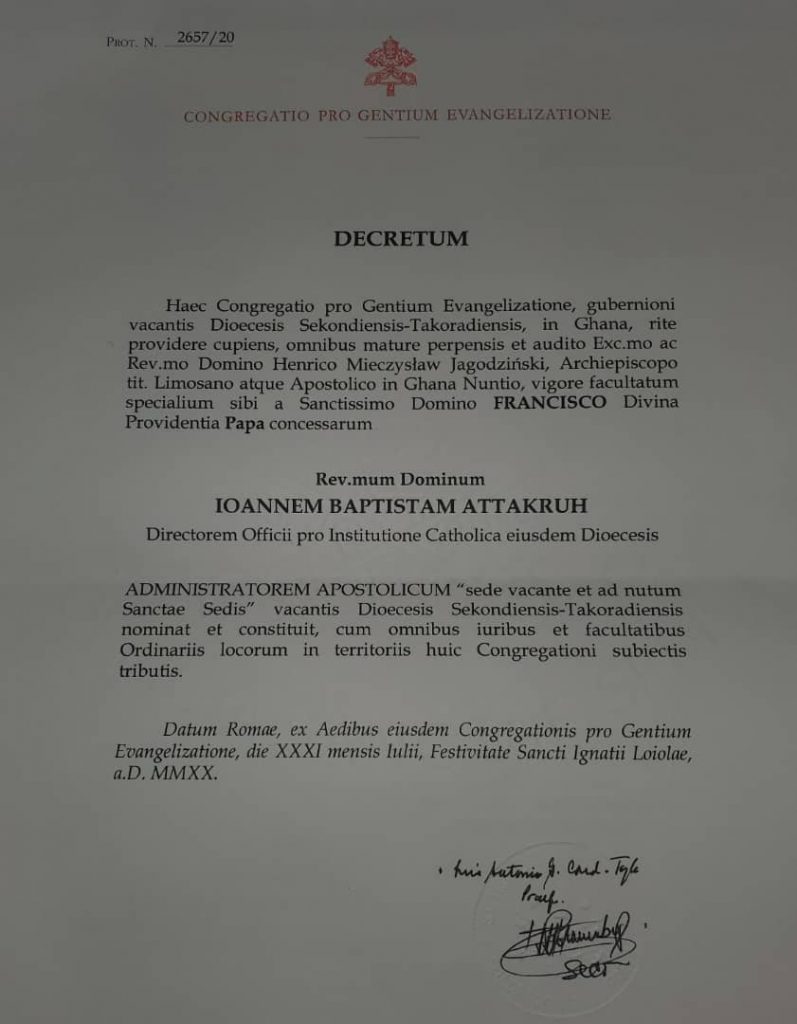