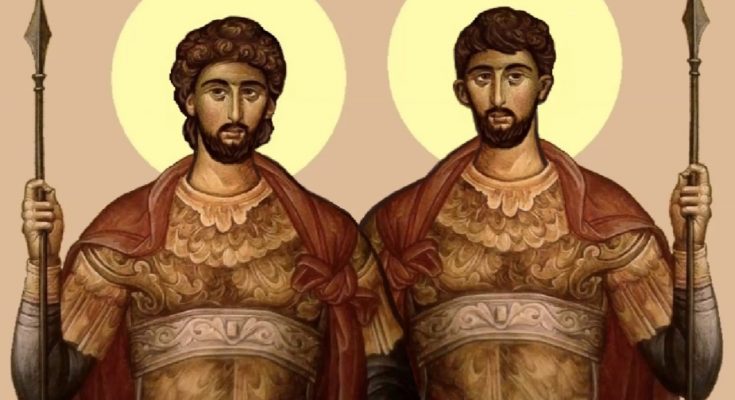 Saint of the day: Sts. Processus and Martinian

According to legend, Martinian and Processus were imperial soldiers assigned as the warders of St. Peter and St. Paul in the Mamertine Prison when they were arrested by the Romans.

The apostles converted their jailers after a spring flowed miraculously in the prison. Peter then baptized them in the miraculous waters.

By order of the emperor Nero, the guards were then arrested, tortured, and beheaded simply because they had converted to Christianity. After their martyrdom with Paul, a sympathizer called Lucina buried them in her own cemetery.

The Berne manuscript of the Martyrology also states that their burial place was at the second milestone of the Via Aurelia or at the catacombs of St. Agatha on the Via Aurelia. The old catalogues of the burial place of the Roman Martyrs also mentioned the graves of both Sts. Processus and Martinian on this road.

Wherever you find yourself, even at the end of your life, you can still convert and save a soul. May God’s grace sustain us. Amen.

Sts. Processus and Martinian, pray for us. Amen. Happy feast day to all Martin and Martina.

Share this
Previous PostIYNIGO Marks One Year of Existence With Social Media Challenge Next PostPope to Catholic Media: Be signs of unity amid diversity