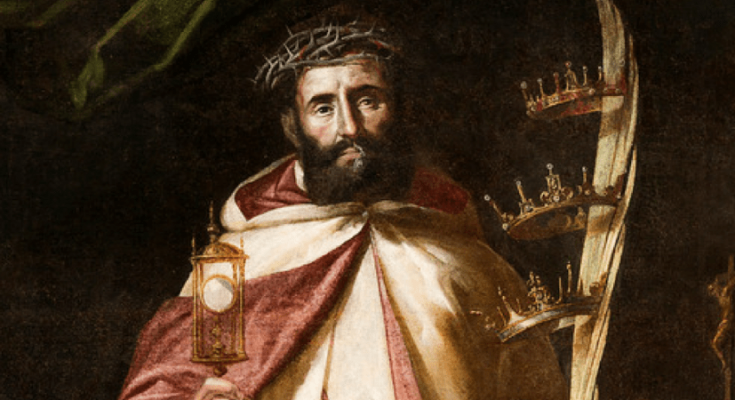 Raymond became a priest due to his quiet persistence in prayer and study.

His mother died during child birth and his father had high expectations for Raymond to serve in the country’s Royal Court. However, the young Raymond felt drawn to religious life.

In an attempt to dissuade him, his father ordered him to manage one of the family farms.

However, Raymond spent his time with the workers, studying, and praying. His father finally gave up and allowed Raymond to enter the Mercederians.

Fr. Raymond spent his entire estate ransoming slaves. He even offered himself as a hostage to free another. He was sentenced to death but was spared because his ransom would bring in a large amount of money.

During his imprisonment, he succeeded at converting some of his guards. To keep him from continuing his preaching, his captors bored a hole through his lips with a hot iron, and attached a padlock. He was eventually ransomed, and he returned to Barcelona in 1239.

That year, he was named a cardinal by Pope Gregory IX. The following year, in 1240, he was summoned to Rome, but barely made it out of Barcelona before he died at the age of 36.

St. Raymond is the patron saint of pregnant women, childbirth, and newborn infants.

Share this
TAGSaint of the day St. Raymond
Previous PostSaint of the day: St. Beatrice da Silva Meneses Next PostPope at Angelus: Christians called to serve God and neighbour as Jesus