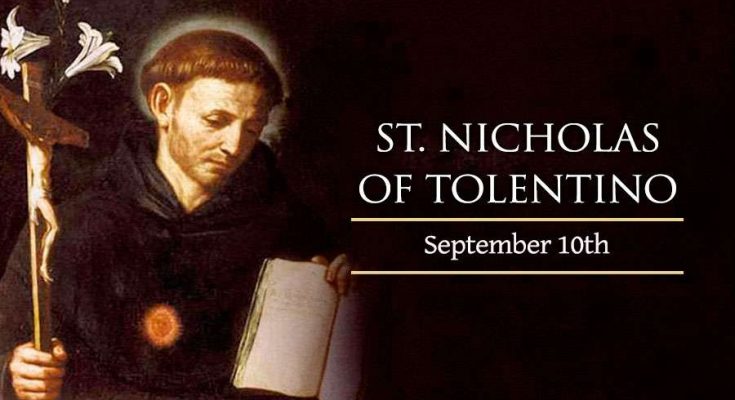 Saint of the day: St. Nicholas of Tolentino

He was ordained seven years later and quickly gained a reputation as a great preacher and confessor.

He practiced severe mortifications and fasted strictly. He was known for obtaining healings for many of the sick who lived in Tolentino, where he spent the last 30 years of his life.

St. Nicholas’ bread, a roll of dough with a cross in the center, has its origin in the bread he used to give to the sick to eat after he had prayed for the Virgin Mary’s healing intercession.