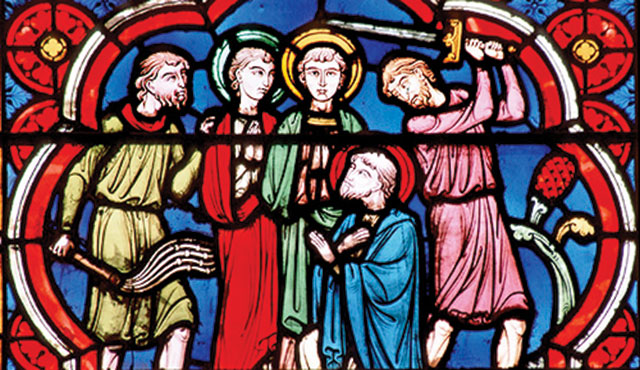 Saint of the day: St. Maurice and Companions

Saint Maurice was a member of the Theban Legion, a Roman legion said to have been constituted by Christian soldiers from Africa, which was called to put down a revolt in Aaunum, located in modern day Switzerland, in the year 287.

Two legends exist about the martyrdom of St. Maurice and his companions. According to the legends, the legion’s soldiers were either ordered to take part in pagan sacrifices, or ordered to harass and kill some local Christians.

In either event the 6,600 men of Maurice’s legion refused. In punishment for their disobedience, every tenth man in the legion was killed.

When the remaining soldiers, fortified by St. Maurice, still refused other legions were called in to force them to follow their orders. Persisting in their refusal, they were all massacred.