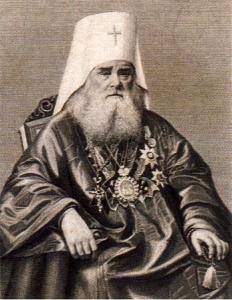 Saint of the day: St. Innocent I, Pope

St. Innocent I was a native of Albano Laziale and his was the son of a man called Innocentus.

He defended the exiled John Chrysostom. He also consulted with the Bishops of Africa concerning the Pelagian controversy. He was known to be very energetic and a highly gifted individual. He acted also as the metropolitan Bishop over the Bishops of Italia Suburcaria.

He died on 12 March, 417. In 846, Pope Sergius II gave approval for the relics of St Innocent to be moved by Duke Liudolf of Saxony along with those of his father and predecessor Anastasius, to the crypt of the former collegiate church of Gandersheim, now Gandersheim abbey, where they rest till date.

Happy feast day to all people called Innocent and Innocentia.

Share this
TAGSaint of the day St. Innocent
Previous PostWe are called to become “healthily restless seekers of the Kingdom of Heaven” - Pope Francis Next Post"It's important to add value to yourself" - Fr. Sakpaku to students