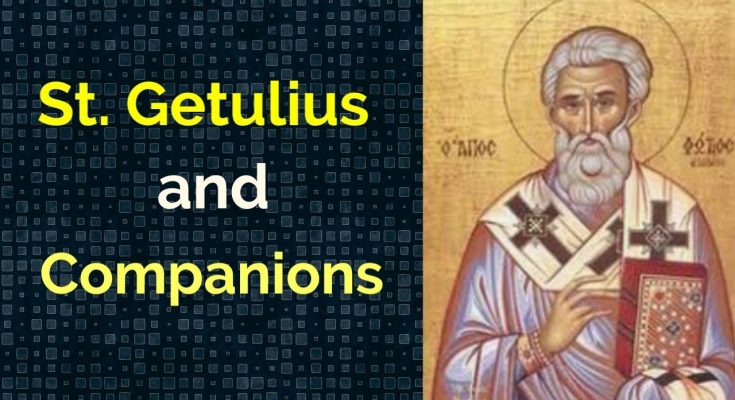 Getulius was a native of Gabii in Sabina. He had a brother called Amantius. He was an officer in the Roman army who resigned when he became a Christian.

According to his Passio, all four men were tied to a stake and set ablazed. However, the fire did not harm them, so they were brutally clubbed and then beheaded.

According to the Roman Martyrology, Getulius was killed on the Via Salaria and he is called the Father of the Seven Martyrs and the husband of Symphorosa. His companions are called Caerealis, Amantius, and Primitivus.

They were imprisoned, thrown into the flames but emerged unharmed, and then beaten to death with clubs.

The legend further states that Saint Symphorosa buried them in an arenarium on her estate.

St. Getulius and Companions, pray for us.

Saint of the day: St. Ephrem

Share this
TAGSaint of the day St. Getulius
Previous PostThe sacredness of the sacrament is not to be compromised, Bishops charge in new directive Next PostSaint of the day: St. Ephrem