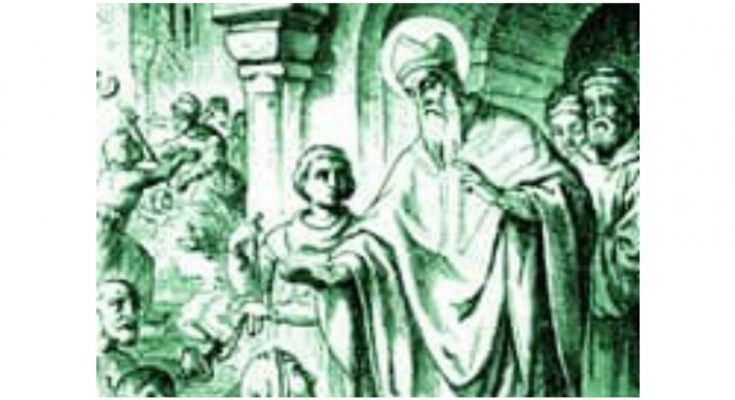 Saint of the day: St. Germanus, Bishop of Paris

One of the glories of France in the 6th century, St. Germanus was born near Autun about the year 496. He was ordained by St. Agippinus, Bishop of the diocese, and subsequently chosen as Abbot and administrator of St. Symphorianus.

In the year 566, he was nominated to be Bishop of Paris by King Childebert I, but he continued to lead his former austere life. His example and preaching converted many sinners and lukewarm Christians.

The King himself abandoned his total absorption in worldly affairs and became a benefactor of the poor and founder of many religious establishments.

Throughout his episcopate, St. Germanus remained unwearying and fearless in his endeavours to halt civil strife, curb licentiousness of the noble and check the viciousness of the Frankish Kings but to no avail.

He founded a monastery in Paris in whose church he was buried after his death on May 28, 576. This monastery has become very famous under the name of Saint-Germain-des-Pr’es.

May St Germanus help us to lead exemplary lives so that through our daily activities, many more souls will be won for Christ. Amen

St Germanus, pray for us.